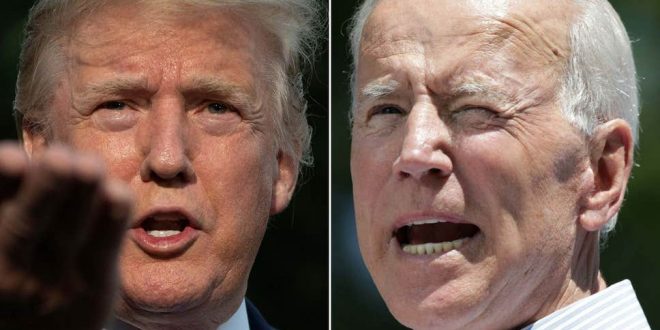 Bloomberg donates $100M to Biden to defeat Trump in Florida

“Voting starts on Sept. 24 in Florida so the need to inject real capital in that state quickly is an urgent need,” Bloomberg adviser Kevin Sheekey said in a statement. “Mike believes that by investing in Florida it will allow campaign resources and other Democratic resources to be used in other states, in particular the state of Pennsylvania.”

Bloomberg ran against Biden in the 2020 Democratic primary and dropped out of the race in March after his record spending failed to yield any wins on Super Tuesday beyond a single victory in the American Samoa caucuses.

The money will be funneled through Bloomberg’s super PAC Independence USA and other Democratic organizations.

Bloomberg’s team told the Washington Post he is planning to spend “nine figures” and wants to inspire other megadonors to pour money into the Biden campaign. The money will be mainly spent on television ads in English and Spanish, The Washington Post reported.

The billionaire and former Republican mayor of New York City made the decision after news that Trump was open to spending his own money on the race, The Washington Post reported.

“[A] more competitive Florida contest is good news for Pres. Trump, who can’t afford to lose this state,” Cook’s national editor Amy Walter wrote in a blog post. “Even so, many Democrats never expected Biden to be able to win here, having long written off the Sunshine State as a loser.”

Meanwhile, a pro-Trump The group named Preserve America was expected to go up with TV and digital commercials in early September in the battleground states of Arizona, Florida, Georgia, Iowa, North Carolina, Pennsylvania and Wisconsin. Preserve America is spending $30 million on its initial ad blitz.

President Trump went after Bloomberg on Twitter on Sunday morning in an apparent reaction to the news.

“In the highly competitive world of high tech, how come nobody has ever challenged Mini Mike Bloomberg and his very average, [and] supposedly outdated, ‘stuff’ that he sells to so many?” Trump wrote on Twitter. “Did he use his position as Mayor of New York to create what is now a monopoly? Just askin’?”

The announcement comes days after the Cook Political Report moved Florida from its “Lean Democrat” to “Toss Up” category.

Bloomberg famously spent nearly $1 billion of his own money on his own failed presidential bid, which lasted less than five months and ended without him winning any major primary contests in the Democratic primary season.

Before ending his campaign in March, Bloomberg faced a wave of accusations that he was trying to “buy” his way to the Democratic nomination. The former mayor, whose net worth is estimated to exceed $60 billion, flooded the airwaves with $550 million in advertisements. That included $224 million for Super Tuesday states.

Out of the 1,000 delegates up for grabs, Bloomberg only took dozens and failed to pick up wins in any major states. Instead, he only won the American Samoa caucuses.