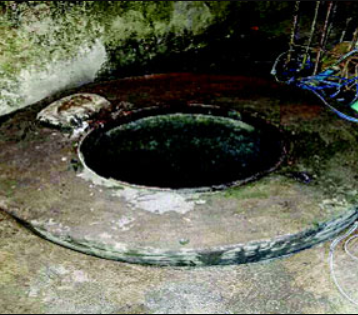 The bloated bodies of two children were discovered inside a well within the compound of a branch of Celestial Church of Christ in Ijegun, Lagos on Tuesday night.

The two-year-olds girls, who were friends, are suspected to have strayed, then fallen into the well. However, some people do not agree because, according to them, the well was closed. One of the girls, Oreoluwa Michael, was the daughter of the church’s Pastor, Michael Adishade, while the other was the child of a resident of 37 Opeleye Street in the same neighbourhood.

The search for the children began when the mother of the second child, identified as Oreoluwa Ileran, noticed that her child was missing. Their bodies were eventually seen floating in the well and they were removed and taken to a nearby hospital where they were confirmed dead.

The pastor of the church reported the incident to the Isheri Oshun Police Division and officers arrived the scene to investigate the incident.

Explaining how bodies of the children were found, the mother of the second child told Vanguard: “When I noticed that my baby was nowhere around the apartment at about 5p.m., I went to look for her. While the search was on, I decided to get water to wash my face as I was already exhausted.

“To my greatest shock, I noticed something was afloat. On closer observation, I discovered they were human beings. I rushed out to alert people, who came to bring out the lifeless bodies. But some people suggested we should rush them to the hospital, that they could have fainted. When we got there, my worst fear was confirmed.”

Various theories have been proferred as to how the children got into the well. Some residents, say the children could have been murdered and thrown inside the well as, according to them, the well was closed.

One neighbour said: “Why should the well be closed if indeed the children fell in. It should have remained opened. We suspect foul play, but we leave that to the Police to ascertain.”