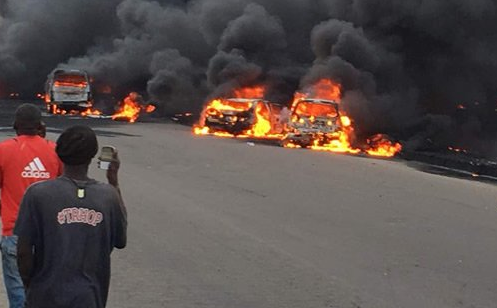 At least 30 cars were burnt when a fuel tanker exploded along Otedola bridge on Lagos-Ibadan expressway this evening .

According to eyewitness reports, the explosion spread quickly and affected other cars along the expressway with many lives reportedly lost in the accident though the number of casualties is still unknown at the moment.

The accident has led to heavy traffic along the expressway.

Some sources say the cars affected were over 50.

Videos shared online shows the extent of the damage done by the explosion. Huge plume of black smoke can be seen rising into the sky as the fire raged along the expressway. 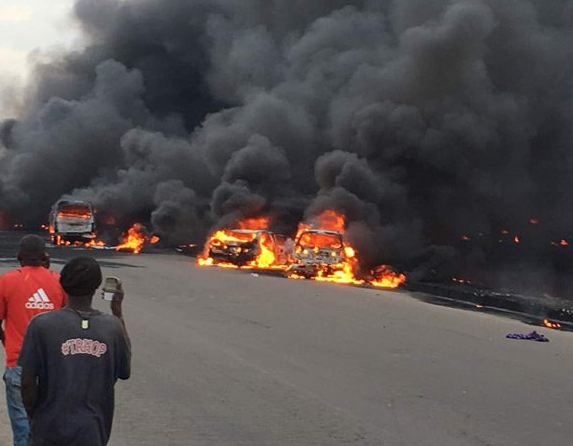 Previous Money Ritual: How Pastor Gave Me Human Blood To Drink – Shocking Confession Of Suspect
Next President Buhari is not a man of Integrity, Complicit in Corruption – PDP