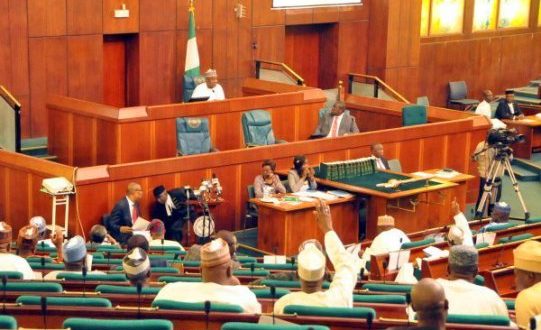 The House of Representatives on Thursday passed through second reading a Bill for an Act to amend the Banks and other Financial Institutions Act.

The bill, which seeks to mandate banks and other financial institution in Nigeria to state in writing, ”all charges and fees accruing to any transactions in the banks”, was sponsored by Jones Onyereri (Imo-PDP).

The bill seeks to amongst others, increase penalties to deter corporate and individual misconduct.

Mr. Onyereri, while leading the debate, said the bill seeks to amend the Banking Act and to among other things, regulate banks and other financial institutions.

He said there was a need to stop the incessant contravention of banking laws.

The bill, when amended will prohibit carrying on of such businesses in the country and streamline the operations of banks and financial institutions in Nigeria to conform with ‘international best practices’.

Nigerians have over the years complained over arbitrary charges foisted on them by banks, and some have now began to save their money via cryptocurrency to avoid the banking system and unnecessary charges.

The Consumer Protection Council (CPC), a government agency that protects the rights of consumers in Nigeria, had sanctioned some commercial banks over spurious bank charges.

CPC was reported to have recently ordered FCMB to refund N1.5 billion to the Bauchi State Government and a customer of the bank.