Home / Life and Style / Bill Gates Would ‘Marry Melinda All Over Again’ Despite Divorce: I ‘Highly Recommend Marriage’ 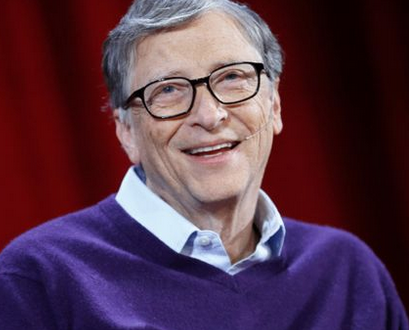 Bill Gates Would ‘Marry Melinda All Over Again’ Despite Divorce: I ‘Highly Recommend Marriage’

Charles Igbinidu May 4, 2022 Life and Style Leave a comment

“Melinda and I… I feel lucky that I get to work with her,” Bill Gates said of the current state of his relationship with ex-wife Melinda French Gates

Bill Gates is reflecting on his and Melinda French Gates‘ marriage and divorce.

The Microsoft co-founder, 66, opened up about where he stands with the philanthropist and global advocate, 57, in a Sunday Times interview published over the weekend — almost two months after Melinda spoke for the first time about what led to the end of their 27-year marriage, the grief she experienced and her journey of healing.

“I’m also grieving the same way she is,” Bill shared with the Sunday Times while promoting his new book, How to Prevent the Next Pandemic. “You know, we grew up together.”

“I was a young 38-year-old and she was a mature 28-year old [when we married], and over those next few years, in terms of what we learned together, what went well, what didn’t go well… I mean, that’s more than half my adult life,” continued the author. “We did a lot together.”

“Melinda and I… I feel lucky that I get to work with her,” he said. “And we have the annual employee meeting at the Foundation and the Giving Pledge and the annual meeting in June that she and I host together.”

Another part of life that’s different now? Being an empty nester.

“The youngest just went off to college. She always had 10 friends over. As I come out of the pandemic and we are back to ‘normal,’ it’s actually pretty different,” he reflected. “I have this nice house that lends itself to great discussions. But it feels too big most of the time.”

Asked if he would describe himself and Melinda as friends — a word Melinda declined to use during her recent interview, saying instead that they were “friendly” — Bill answered that he “would say that.”

“We have a, you know, super important, complex, close relationship where we’ve chosen to work together. And I’m very happy that we get to work together,” he told the Sunday Times.

During Melinda’s recent CBS interview, she was asked whether her ex had multiple affairs but said those were “questions Bill needs to answer.” Bill declined to speak on the matter during his interview with the Sunday Times, the outlet reported.

He went on to reiterate he “made a huge mistake” when it came to having meetings with Jeffrey Epstein, a topic Melinda mentioned in her interview while speaking about how there were “many things” that led to their divorce. Ultimately, she said “there just came a point in time where there was enough there that I realized it just wasn’t healthy, and I couldn’t trust what we had.”

Despite everything that happened between them, Bill said that he didn’t regret having married Melinda.

“Every marriage as the kids leave the house will go through a transition. Mine sadly went through this transition called divorce. But from my point of view it was a great marriage,” the father of three said. “I wouldn’t have changed it. You know, I wouldn’t choose to marry someone else.”

Asked about marriage in general, Bill said that “in terms of my future, I don’t have any plans, but I highly recommend marriage.”

As for his next steps on the global stage, Bill said he hopes to continue using his philanthropy to support people who can help change the world.

“I don’t mean to be known at all. I hope that I succeed working with people to eradicate polio, and that in the next three years that’s possible. I hope we eradicate malaria. That’s more of a 20-year goal,” he said.

Bill previously reflected on the divorce in December, calling 2021 the “most unusual and difficult year of my life.”

Touching on their decision to continue to work together, Bill wrote in a year-in-review blog post that the exes “have found a good new working rhythm.”

“But I can’t deny that it’s been a year of great personal sadness for me,” he added.

Charles Igbinidu is a Public Relations practitioner in Lagos, Nigeria
@https://twitter.com/ionigeria
Previous Man marries his three girlfriends in a bizarre ceremony after 15 years together
Next Virgin Atlantic plane forced to turn back mid-flight to US due to untrained pilot