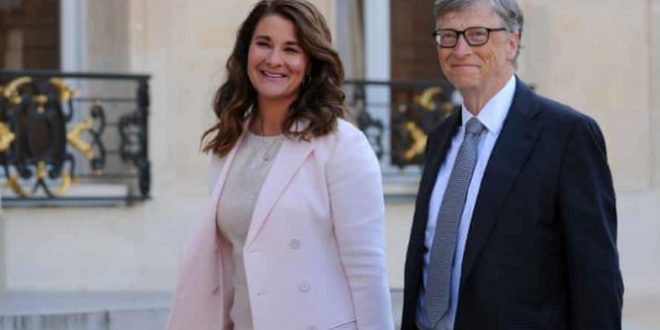 Bill Gates is issuing a public apology to his ex-wife Melinda French Gates.

Melinda opened up about her life, including her “painful” divorce from the Microsoft co-founder, in a wide-ranging interview that aired on CBS Mornings Thursday.

“It wasn’t one moment or one specific thing that happened,” the philanthropist, 57, said of their divorce. “There just came a point in time where there was enough there that I realized it just wasn’t healthy, and I couldn’t trust what we had.”

During the interview, she was specifically asked about the affair Bill had with a staffer 20 years ago — which a spokesperson for the Microsoft co-founder confirmed last May — as well as her disapproval of his past ties to Jeffrey Epstein. (Bill has repeatedly expressed regret for having met with the financier.)

The Microsoft co-founder, 66, has now issued a statement to CBS News saying he “will always be sorry for the pain that I caused Melinda and our family,” which includes their three children — daughters Jennifer, 25, and Phoebe, 19, as well as son Rory, 22.

“I admire Melinda and everything she does to improve the lives of women and girls around the world, and I’m grateful for the work we continue to do together at our foundation,” he added, referring to the Bill and Melinda Gates Foundation.

During her interview, Melinda said that when it came to their relationship, ultimately she felt like she “needed to take a different path.”

As for the range of emotions, she felt throughout the difficult process, Melinda said that she cried “a lot of tears for many days” and sometimes found herself thinking, “‘How can this be? How can I get up? How am I gonna move forward?’ “

There were also “days I certainly was angry,” she shared. “I mean, this is painful stuff.”

Now, Melinda said that she’s “starting to get to the other side “on her “journey to healing” — and is excited for what the future holds.

As for where things stand with her ex, Melinda said they’re “friendly” and “have a productive working relationship.”

“Friends is a different word for me. And, you know, that might come over time,” she said. “But for me, there’s still healing that needs to happen. Certainly, I wish him well. I don’t wish him harm.”

When the former couple announced their divorce in May, they shared that they planned to continue their work with the Bill and Melinda Gates Foundation, which they started in 2000.

“I believe in that institution. I believe in what we do,” Melinda told Gayle King during the interview. “And I think the thing that people don’t realize is that even during the difficult times, the last 18 months, while we were going through this process behind the scenes, we were able to show up and work effectively together. I’m not saying it was easy, but we did.”

In a statement to CBS News, Bill also emphasized his continued commitment to working together.

“I remain dedicated to my work at the Gates Foundation in partnership with Melinda, where our focus is to help reduce global inequities, giving every person the chance to live a healthy and productive life,” he said.

Charles Igbinidu is a Public Relations practitioner in Lagos, Nigeria
@https://twitter.com/ionigeria
Previous Russia to appeal to CAS over football ban imposed by FIFA and UEFA
Next Putin wants ‘normalization’ of global relations, saying there is ‘no need’ for sanctions on Russia