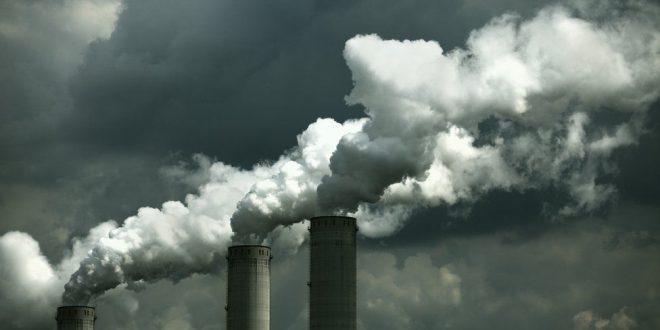 Fifty-one billion and zero – the two numbers Bill Gates says you need to know about climate.

Solving climate change would be “the most amazing thing humanity has ever done”, says the billionaire founder of Microsoft.

By comparison, ending the pandemic is “very, very easy”, he claims.

Mr Gates’s new book, How to Avoid a Climate Disaster, is a guide to tackling global warming.

Don’t underestimate the scale of the challenge, he told a BBC Correspondent last week.

“We’ve never made a transition like we’re talking about doing in the next 30 years. There is no precedent for this.”

Fifty-one billion is how many tonnes of greenhouse gases the world typically adds to the atmosphere each year.

Zero is where we need to get to.

Mr Gates’ focus is on how technology can help us make that journey.

Renewable sources like wind and solar can help us decarbonise electricity but, as Mr Gates points out, that’s less than 30% of total emissions.

We are also going to have to decarbonise the other 70% of the world economy – steel, cement, transport systems, fertiliser production and much, much more.

We simply don’t have ways of doing that at the moment for many of these sectors.

The answer, says Mr Gates, will be an innovation effort on a scale the world has never seen before.

This has to start with governments, he argues.

At the moment, the economic system doesn’t price in the real cost of using fossil fuels.

Most users don’t pay anything for the damage to the environment done by pollution from the petrol in their car or the coal or gas that created the electricity in their home.

“Right now, you don’t see the pain you’re causing as you emit carbon dioxide,” is how Mr Gates puts it.

That’s why he says governments have to intervene.

“We need to have price signals to tell the private sector that we want green products,” he says.

That is going to require a huge investment by governments in research and development, Mr Gates argues, as well as support to allow the market for new products and technologies to grow, thereby helping drive down prices.

Yet Mr Gates was famous for arguing that regulation stifled innovation when he was building Microsoft into the multi-billion-dollar behemoth it is now.

So isn’t it a bit rich for him now to demand government intervention?

He replies he has always supported “the basic role of government in terms of roads and justice and education and scientific research”.

And, on the climate issue, he maintains it will be impossible to avoid a disaster, particularly for those who live near the equator, without governments around the world getting behind the effort.

This needs to be a “constant 30-year push”, he maintains. “Business just can’t change all that physical infrastructure unless the market signals are constant and very clear.”

Who is Bill Gates? 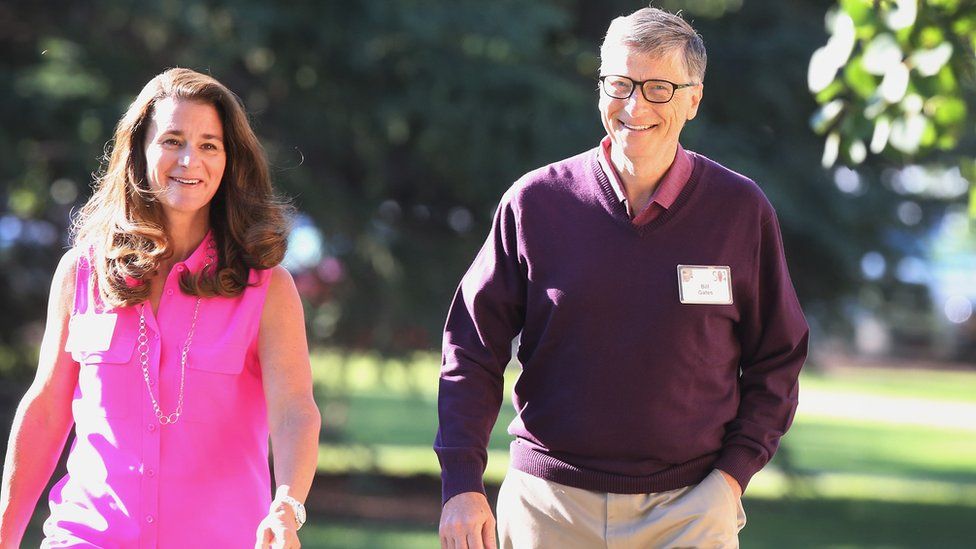 “India is going to build housing for their people, provide lighting at night, air conditioning to make conditions liveable,” Mr Gates believes, so global demand will not reduce.

He argues political action is more important, demanding government do the right thing, and, using our voices as consumers, insisting the same of companies.

“If you buy an electric car, a hamburger made of a meat substitute, an electric heat pump for your home you are helping increase the production of these products and therefore helping drive prices down.”

Mr Gates still enjoys the trappings of the billionaire lifestyle.

He uses private jets, but insists that they are powered by biofuels – aviation fuels made from plant products.

“I pay three times as much now for my aviation fuel, you know, over $7m [£5m] a year in all my offset spending.”

And he has joined a £3bn bidding war to buy one of the world’s largest private jet services companies, a business called Signature Aviation.

Is that appropriate when you’ve just written a book telling the world how to avoid a climate disaster?

“I don’t think getting rid of flying would make sense,” he replies. “That type of brute force technique won’t get us there.”

He says the answer has to be “a type of aviation fuel that doesn’t cost much extra and is zero emission and that’s got to be biofuels or electric fuels or perhaps using green hydrogen to power the plane”.

Mr Gates has become something of a bogeyman for coronavirus conspiracy theorists.

He has been accused of everything from concocting the virus in a secret laboratory as part of a project by global elites to depopulate the world, to using vaccinations to implant microchips in people to track and control them.

He laughs when asked about this.

“Why would I want to track people? You know, I’m just not that interested in where people are going.”

The main focus for his huge charitable efforts to date has been tackling health issues in developing countries.

He tells me he is used to people getting bored when he talks about tuberculosis and malaria at cocktail parties, so this is a real change from what he calls “the normal obscurity of working on infectious disease”.

But he says he was worried that speaking out on climate might attract similar controversy.

“I don’t want to dilute my voice on issues like polio eradication or malaria,” Mr Gates explains, but says he felt this was the right time to publish his plan for tackling climate change.

He says he wants his ideas to feed into the green stimulus packages being proposed around the world and to be discussed in the run-up to the crucial climate conference the UK is hosting in Glasgow in November this year.

We are at a crucial point in the climate debate, Mr Gates believes.

He describes the young generation as having a “moral conviction” that they have to be involved in bringing change on the issue.

“Now we have to take that energy and make sure it’s directed at the policies that will make a difference,” he argues.

But it isn’t going to be easy, he warns.

This has to continue to be a huge priority for the world year in, year out.

The hope is “we get a bit lucky” and succeed in developing innovative new technologies that really do solve the hard areas, he says.

But he is optimistic that we can still avoid the worst effects of climate change.

“You know, I’ve seen many times, innovation surprises us in a positive way.”