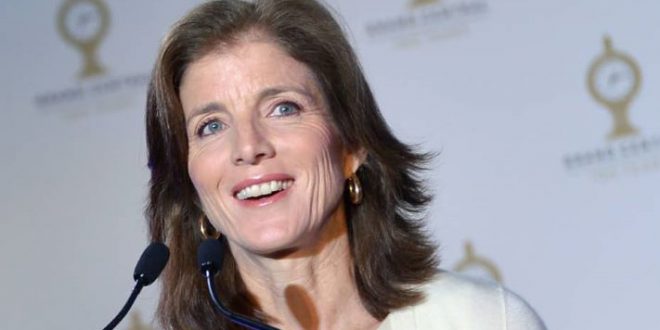 Biden nominates Caroline, Daughter of John F Kennedy  to be ambassador to Australia

Joe Biden has nominated Caroline Kennedy, daughter of John F Kennedy, to be the US ambassador to Australia.

Kennedy, 63, a member of one of America’s most famous political families, has long been considered a leading candidate for a high-profile envoy position after she threw her support behind Biden’s presidential campaign.

In a statement, Kennedy called Australia “a country that is as vital to our future security and prosperity.”

She added: “I look forward to collaborating with the government of Australia to strengthen

“She advanced the realignment of US Forces in Okinawa, promoted women’s empowerment in Japan, and increased student exchange between the US and Japan,” it said. “In 2017, she founded the International Poetry Exchange Project to virtually connect students in Japan, Korea, the Philippines, and the Bronx through the power of the spoken word.”

Last month Kennedy was awarded the Grand Cordon of the Rising Sun, the highest Japanese honor for which foreigners are eligible.

Kennedy was an important supporter of Biden in his campaign to be president. In a Boston Globe editorial to announce her endorsement, Kennedy praised Biden for his public service over his long career as a public servant and recalled him visiting Tokyo while she was ambassador.

“He radiated American optimism and generosity of spirit. He made clear that America would always stand by our allies, and that we were committed to keeping the region peaceful and prosperous,” she wrote in the column.

Kennedy’s appointment comes at a time when Australia and the US have been deepening their military ties amid increasing concern about what they see as China’s more assertive conduct.

In September Australia, the UK and the US formed a security partnership called Aukus, in which the countries are planning how Australia can acquire at least eight nuclear-powered submarines.

The Australian foreign minister, Marise Payne, said she warmly welcomed the nomination, saying the alliance between Australia and the US had “never been more central to the interests of both countries”.

If confirmed by the US Senate, Kennedy “would bring deep political networks in Washington and a keen understanding of our Indo-Pacific region,” Payne said.

Charles Igbinidu is a Public Relations practitioner in Lagos, Nigeria
@https://twitter.com/ionigeria
Previous The five signs that you may have Omicron Covid
Next Syrian soldier killed in alleged Israeli airstrike on Syria