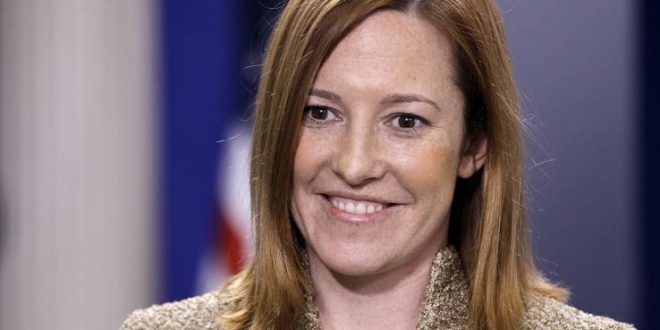 WILMINGTON, Del. — Jennifer Psaki, a veteran Democratic spokeswoman, will be Joe Biden’s White House press secretary, one of seven women who will fill the upper ranks of his administration’s communications staff. It is the first time that all of the top aides tasked with speaking on behalf of an administration and shaping its message will be female.

Biden’s press team will be led by Kate Bedingfield, a longtime Biden aide who served as his campaign communications director and will hold the same title in his White House.

“Communicating directly and truthfully to the American people is one of the most important duties of a President, and this team will be entrusted with the tremendous responsibility of connecting the American people to the White House,” Biden said in a statement.

“These qualified, experienced communicators bring diverse perspectives to their work and a shared commitment to building this country back better,” he added.

The new team includes women with deep ties to Biden. Some worked on his presidential campaign, others held top roles in the Obama administration. All have long track records in key Washington roles and promise to usher in a more stable era of White House communications.

Biden’s operation decided to announce the women as a group to signal that the various top administration offices will coordinate closely, said Anita Dunn, a top Biden campaign aide.

The all-female team will also bring women into a space often dominated by male voices. “The odds are very high that if it’s a story about the Biden administration, any aspect of it, at least one quote in the story will be from a woman,” Dunn said.

Psaki, who did a stint as White House communications director under President Obama, will become the face of the new Biden administration. She has been working on the transition team, and also served as a spokeswoman for then Secretary of State John F. Kerry, who will serve in the Biden administration as a special envoy for climate.

“When she steps to that mic, she brings not only a sense of gravitas, but fact, transparency and honesty. And even a sense of comfort,” said Minyon Moore, who is a member of the Biden-Harris transition advisory board.

Charles Igbinidu is a Public Relations practitioner in Lagos, Nigeria
@https://twitter.com/ionigeria
Previous Joe Biden to be examined by doctor after twisting ankle
Next Presidency blames Killed Borno rice farmers for not getting military clearance before going to farm