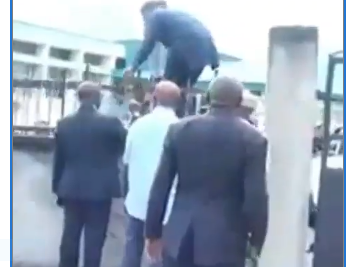 An unfolding drama is currently taking place at the Benue state House of Assembly complex.

The Assembly members this morning resumed for their legislative duties only to be stopped by police officers who laid seige in front of the complex, preventing them from gaining access.

The lawmakers took turns to scale the fence to enter the complex.

This development is coming few days after the state governor, Samuel Ortom, defected from APC to PDP. Recall that on Tuesday July 24th, the former speaker of the House of Assembly, Terkimbi Ikyange, was impeached. A new speaker is expected to be elected today July 28th.

See photos and video from the scene below 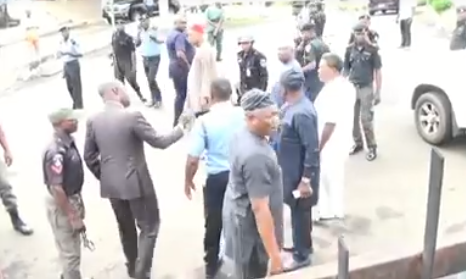