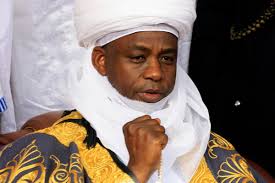 Jama’atu Nasril Islam (JNI), an organisation led by the Sultan of Sokoto, Sa’ad Abubakar, on Sunday, condemned the incessant killings and maiming of innocent lives and the destruction of public and private properties in Benue and Enugu States.

In the statement, signed by its Secretary-General, Khalid Aliyu, the JNI said it was shocked by the attacks, even as it described as “absurd” and “unfortunate” the widespread insinuation that Fulani herdsmen are responsible for the attacks on villagers in Benue, Enugu, Nasarawa and other parts of the country.

The  JNI, a coalition of several Islamic groups in Nigeria said: “Jama’atu Nasril Islam (JNI) received with great shock and deep concern the news of incessant killings and maiming of innocent lives and the destruction of public and private properties. Of particular concern are the brutal murders of people in Agatu-Benue state, Nnibo-Enugu state and some parts of Nasarawa state.

“It is indeed alarming that within few weeks, deadly attacks were reportedly unleashed while the perpetrators go un-arrested. JNI therefore condemns in strong terms these repeated heinous attacks and once again calls on the relevant security agencies to brace up to the trends, in order to put a stop to this ugly tide, as human lives are sacred and must be seen to be treated as so.

“JNI and indeed all Nigerians, view the fall out of these repeated attacks, particularly the taking up of arms against other citizens as another trend of insecurity that portends grave danger to the Nation. We must not forget so soon the adverse effect of the so-called Boko Haram group, that claimed the lives of many thousands innocent lives. Hundreds have been abducted, the males forced into insurgency and the females into slavery. Millions more are wallowing in Internally Displaced Persons (IDPs) camps in Nigeria and in Refugee Camps in neighbouring countries. Public and private properties worth trillions of Naira have been destroyed.

“We therefore call for a thorough investigation by appropriate agencies in order to fish out the evil perpetrators, bring them to justice and forestall re-occurrence. The repeated heinous acts of attacks are crimes against the citizenry and the perpetrators are therefore criminals and must be treated so. It is indeed absurd and most unfortunate that certain groups or people ascribe the incidence on ethnic and/or religious premise and to whimsically apportion blame in order to batter the gradual restoration of peace and security in Nigeria. Well, the Commissioner of Police, Enugu State has debunked the rumours, likewise the Inspector General of Police has also debunked the insinuations over those being blamed.

“We must thus be cautious of packaging crimes on religious and ethnic garments. Crimes are abominable and whoever commits them is criminal. Security agencies should brace up in being proactive and utilize maximally intelligence reports in order to nip-in the board possible eruptions of security problems within and around communities.

“Painfully, His Eminence, the Sultan of Sokoto and President-General, JNI, Alhaji Muhammad Sa’ad Abubakar, CFR, mni, on behalf of Nigerian Muslims, condoles the families of those who lost their lives and sympathies with all affected victims, and also calls for concerted introspection and commitment by relevant agencies to take proactive and effective measures in addressing this pernicious problem.

“His Eminence the Sultan and President-General of JNI, extends profound condolences to the families of the affected victims, government and people of states that lost their loved ones in the unfortunate happenings.”