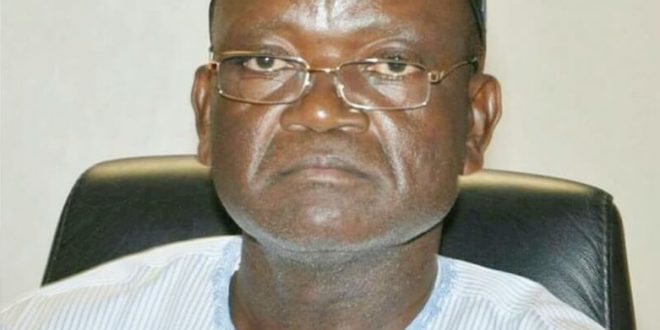 Members of the Benue State House of Assembly have served an impeachment notice to Governor Samuel Ortom following his defection from the All Progressives’ Congress (APC) to the Peoples Democratic Party (PDP) recently.

The lawmakers numbering Eight allegedly took over the premises of the state parliament with the support of the police, Tahav Agerzua, a spokesperson for Mr Ortom said at 10:00 a.m. Monday.

“They have taken over the House of Assembly and served the governor an impeachment notice despite a court order forbidding them from doing so,” Mr Agerzua said by telephone.

Mr Agerzua said George Akume, a former governor and an APC senator from Benue State, was the one who brought police officers from Abuja to attempt to use eight lawmakers to impeach a governor in a House of 30 lawmakers.

The crisis comes a few days after Mr Orton defected from the APC to the PDP.

It also came days after 23 PDP lawmakers impeached the House Speaker, Terkimbi Ikyange, on allegations that he was not carrying other members along in legislative activities.

Mr Ikyange, who remained in the APC despite recent mass defection of his colleagues to the PDP, was said to have been impeached because he was no longer in the majority party.

Some of the majority House members who impeached the Speaker insisted it had nothing to do with his status as a minority lawmaker.

Last week, PDP lawmakers said they were compelled to use the Government House in Makurdi to conduct legislative businesses after security agencies locked the parliament.