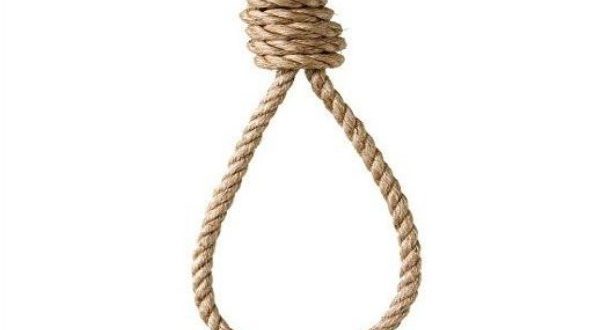 A Plateau High Court sitting in Barkin-Ladi on Thursday sentenced a 37-year-old man, Benjamin Toma to death by hanging for killing his wife, identified as Vicky. The offence was committed in 2014.

Justice Samson Gang, in a 68-page judgment, pronounced Benjamin Toma guilty of a one-count charge of culpable homicide, punishable with death, under section 221 of the penal code.

“Going by the findings of this court, you, Benjamin Toma, mercilessly and in a calculative manner, took the life of your wife, Vicky in cold blood.

“You have not shown any remorse for your reprehensible act at the time of the incident and throughout the entire trial.

“You were exhibiting such character traits that seem to suggest your deep conviction about the justness of your wicked and calous act.

“In all of this, your two children are the ultimate losers, but the law shall nonetheless take its course; the offence for which you are being charged, does not contemplate a plea in mitigation.

“The sentence of this court upon you is that you, Benjamin Toma, will be hanged until you are dead,” Gang declared.

The News Agency of Nigeria(NAN), reports that Toma was arraigned on Oct. 13, 2014, to answer a one-count charge of culpable homicide punishable with death, under section 221 of the penal code.

Toma was specifically accused of using an iron rod to kill the wife, and also using a rope to tie her neck before hanging her in the store, to give the impression that she killed her self.

When the suspect appeared in court, he however, pleaded not guilty to the allegation of killing his wife, and claimed that she took her life by hanging herself.

But while standing in court as a prosecution witness, Sgt. Sunday Abu, who investigated the case, however told the court that Toma, in a confessional statement, had said that on the said date (March 4), he demanded for sex from his wife, at about 1 a.m.

“He (Toma) further confessed that his wife refused to grant his request, and declared that Vicky had persistently rejected that demand for more than one year on the suspicion that he had HIV/AIDS.

“Toma said that because of this wife’s allegation, he went to the hospital and confirmed he had hepatitis and not HIV.

“He told investigators that on that night, he struggled with his wife and later used an iron rod to hit her.

“He said that when she fell, he left her there for two hours, and later took her out of the room and used a rope to hang her in a bid to conceal his action.”

Abu, who submitted the confessional statement in court as evidence, quoted Toma as saying that he acted alone without any help, adding that even the children were fast asleep and did not know what was happening.

Toma promptly owned up to this statement that bore his thumb-print.

He said he was not under duress when he made the two confessional statements, first at the Barkin-Ladi Divisional police headquarters and later at the state CID, all of which contained his acceptance of the deed.

Late Vicky’s mother, Ngo Titi Sambo, who also appeared as a prosecution witness, told the court that she heard people crying at her daughter’s matrimonial home and branched over only to discover the body of her daughter hanging from the roof.

Sambo said she called her son, one Captain, who observed that the table the accused claimed Vicky stood on, to commit the said suicide, was very far away from her.

Captain also noticed some lacerations and wounds on her, which prompted him to invite the police as he suspected foul play.

Mr. David Adudu, defense counsel, said that the judgement was right in view of the evidence presented in the court.

“Justice is a two-way traffic; justice for the state, the accused and the victim.

“However, there is a window for the convict to appeal. We shall study the judgement and know what steps to take, but for now, we are satisfied with the judgement,” he said.