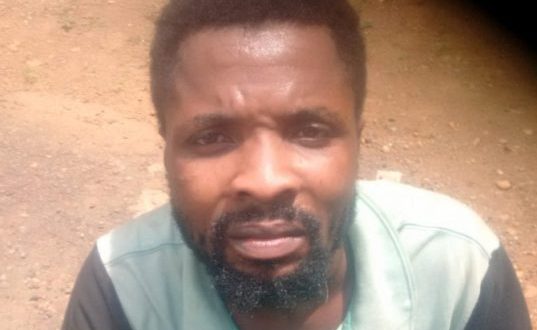 A self-acclaimed gospel musician who was arrested by the Ogun police for armed robbery has revealed why he committed the crime.
The suspect, Nurudeen Ogundairo was on Tuesday paraded alongside 36 others arrested for various crimes at Eleweran Police Headquarters in Abeokuta, Ogun State.

According to the state Commissioner of Police, Ahmed Ilyasu, a team of the Federal Special Anti-Robbery Squad, FSARS, arrested Mr. Ogundairo and his alleged accomplices at their hideout at Joju in Ota

Speaking to Premium Times, Ogundairo who seem to be the leader of the gang said that he took to crime to source money for the production of his maiden album.

‎According to the 28-year-old, who confessed to having been among those who carried out a robbery operation at the private residence in Atan-Ota, said the proposed album was scheduled for launch on July 24.

“I am a gospel musician. I needed money to enable me to produce my maiden album and I got involved in robbery to raise money for the project. In fact, I had picked a date of July 24 to release the album to the public after the production,” he said.

‎The suspect, who was arrested with two of his accomplices, identified as Tunde Joseph and Ganiu Ajibode, said he regretted his action after spending over two months in detention.

“I hope I can still be forgiven by the police and God over my action. It was in a bid to make headway in my musical career that I took to robbery,” he stated.