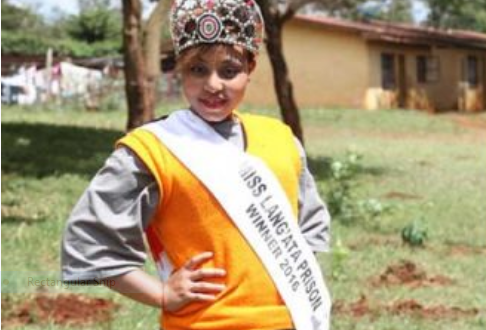 Beauty Queen To Die By Hanging For Killing Boyfriend

The 2016 Miss Lang’ata Women Prison’s beauty queen, Ruth Kamande, has been sentenced to death in Kenya on Thursday after she was found guilty of killing her boyfriend, Farid Mohammed.

A Kenyan High Court sentenced Kamande, 24. Justice Jessie Lesiit during the ruling at the Milimani law court said she had no other option but to send her to the hangman’s noose, as she deliberately stabbed her boyfriend, reports Kenya’s The Star.

Kamande had been imprisoned for killing Farid Mohammed, 24, in 2015.

The judge held that Kamande acted in malice adding that her actions proved the same.

The prison beauty queen had defended herself by telling the court that she had discovered that her boyfriend was undergoing HIV treatment and threatened her when she confronted him over the matter.

“I want young people to know that it is not cool to kill each other. If you have an issue with a boyfriend, just walk away and forgive,” said Lessit.

The judge said although the Supreme Court held that death sentence is not mandatory, Kamande did not deserve mercy.

She said she was not remorseful and that she stabbed her boyfriend 25 times.

Justice Lesiit, termed the killing as gender-based violence, adding that she was manipulative and controlling.

During the hearing of the case, Mohammed’s sister Serah Waithera, who was called as the third witness, described the couple’s relationship as stormy and one-sided.

Waithera said Kamande pushed her brother too far and that her expectations did not match his.

“She came to my workplace and introduced herself as my brother’s girlfriend,” she told the court.

“From then on she would complain to me when they had problems but my brother would deny their relationship.  One time I advised her not to force the relationship.”