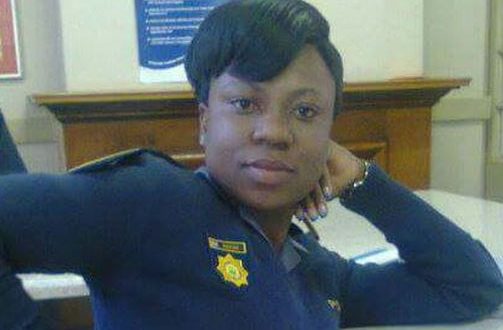 A South African female police officer has been arrested for possession of drugs at the Sao Paulo International Airport in Brazil.

Angela Maluleke, 33, from Giyani in Limpopo, was recently arrested after she was allegedly found with six bricks of cocaine in her luggage.

According to the International Relations Department, the officer was en route to Johannesburg when she was hand cuffed.

Departmental spokesperson Nelson Kgwete said: “The South African Consulate in Sao Paulo is working with the Brazilian authorities and more information will be provided to us later.”

Police Minister Fikile Mbalula’s spokesman Vuyo Mhaga said the ministry was disappointed by the arrest because it tainted the image of the police.

He said, however, they were pleased that the arrest was made by Interpol SA in conjunction with Brazilian police.

A source close to the department told Sowetan Live that the South African Authorities were puzzled as to what Maluleke was doing in Brazil.

Previous Video: Dino Melaye Booed, Called “Ole” At The Nottinghill Carnival In London
Next Nigerian Lady Assaulted By Police In Rivers State For Tattooing Her Body