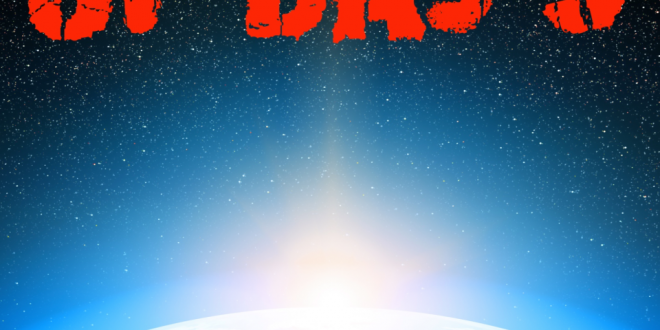 BE PREPARED: WORLD WAR 3 will start by the end of June says Christian numerologist David Meade

The conspiracy theorist says the world will be at war started either in the Middle East or by an attack on the US – in a matter of weeks – and the odds are “astronomically high”.

CHRISTIAN numerologist and conspiracy theorist David Meade claims the world will be at WAR by the end of June – but warned people “not to panic just pray”.

The biblical researcher, who previously predicted “Doomsday” would come last September, says his latest prophecy is based on Biblical teachings, mathematical calculations and current events.

He claims three astrological “signs” all point to war breaking out in a matter of weeks – and that the “odds are astronomically high”.

Meade believes that war will most likely start in the Middle East – or after a foreign power attacks the US – and that the end result will be “catastrophic”.

He also claimed that last October 15 would herald seven years of nuclear war and natural disasters, marking “the end of the world as we now know it”.

Meade told Sun Online: “My recent analysis of Bible codes and decrypting complex mathematical timetables has led me to these unmistakable conclusions.

“By the end of June we will either see a major Middle East war break out or an attack by a rogue nation on America, according to these codes.

“The statistical probabilities are extremely high – astronomically high. Nothing is ever certain but I wouldn’t bet that I was wrong.

“My guess is that it will start between Syria and Israel but then expand to include Iran, Turkey and Russia and at that point the US will be forced to step in.”

Meade says people wrongly believed he predicted the end of the world last year – when conspiracies about the mysterious “Planet X”, Nibiru, suggested that it could be headed towards Earth to destroy it on September 23.

However, after the date passed without apocalyptic incident, Meade insisted that people misunderstood his Planet X theory and that he only predicted an astrological sign would appear that “signalled” the “end of days”.

Meade now says that three astrological signs have already taken place which point to the “Tribulation” – a seven-year period of nuclear war and natural disasters – starting this summer.

“A lot of people thought it would be an event – they wrongly though it would be the end of the world – but it was just a sign of what is to come in the future.

“That astrological sign is in the heavens right now so I think that’s window of time we could see the Tribulation actually begin.”

Meade says the war he is predicting will start the Tribulation period – during which the ‘Rapture’ will take place and a billion people will disappear from the planet.

He said: “The Tribulation is divided into two periods of 1260 days each – the last half of the seven years is called the Great Tribulation and that’s when things get really get messy. The Antichrist accumulates power and chaos will ensue.

“The Rapture – where a billion Christians will disappear from the Earth for seven years – will happen in the first part of the Tribulation.

“So it could happen in June, July, August or September.

“All the Christians of all denominations will disappear from earth for seven years – I know it sounds like a strange concept but that’s what the Bible says.”

Despite his gloomy prophecies, Meade claims he doesn’t intend to frighten anyone.

He says people should take his prophecies, which he posts on his website, seriously – but they should not panic.

“I think people need to take this seriously when they see all these events coming to pass,” Meade added.

“When they see the mathematical formulas coming to pass and the biblical codes and the triangulation going on and it’s pointing to one point in time – June 2018 – they ought to really take it seriously.

“They should turn off their electronics, stop watching sports, read their Bible and get ready to meet God.

“It’s a serious time but very few people are taking it seriously.

“People should be on high watch especially at the start of June and the rest of summer. I believe it’s all about to begin.” 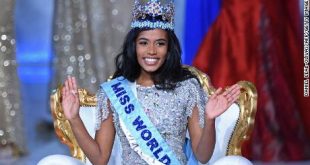 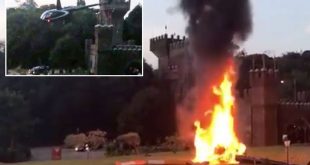 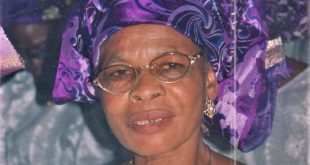 Spread the love“To everything there is a season, and a time to every purpose under …