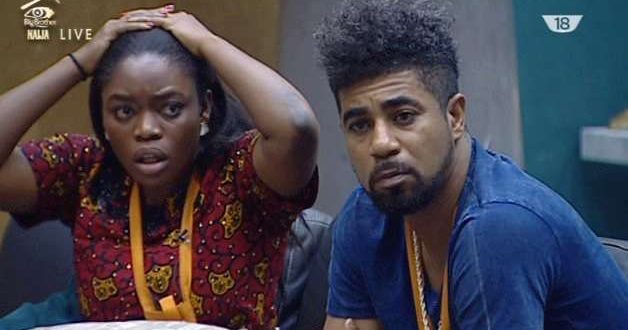 In her first official Interview after the finale of Big Brother Naija 2017, Bisola spoke about finding out the complete truth about Thin Tall Tony being married and purposely hiding it from her.

During the finale show, she initially found out after noticing a wedding band on his hand in a video and reacted in a mature manner. The multi-talented actress however says that she feels sort of slightly betrayed.

“In my mind I’m like, Dude you are one amazing actor. Good thing that I did not have it in my head that after the show, I was going to come out and have some kind of romance with you. But hey, I hope your wife did not deal with you too much. I feel sort of slightly betrayed that he betrayed that friendship that I thought we had. I thought we could really be close buddies outside of the house.”

“So yes, Tony, I hope your family is doing great. Well done to you, to them. Just a little betrayed that we were really close. Come on, we shared a lot of things. This one thing you didn’t say. I don’t know why, But anyway, It’s your choice. You played the game the best way you know how to,” Bisola said.