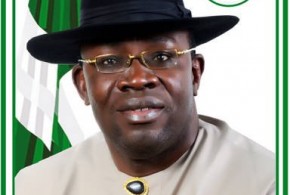 The Bayelsa Government on Monday dismissed its classification by the Nigerian Labour Congress as one of the states with highest indebtedness to workforce.

NLC President, Ayuba Wabba had, during the weekend, listed Bayelsa as the third state with the highest salary backlog.

The NLC president listed the other states as Benue, Kogi, Ekiti, Imo, Ondo, Abia and Oyo.

Bayelsa Commissioner for Information, Mr. Daniel Iworiso-Markson, in a statement he issued in Yenagoa, said the state remained among the ones with the least indebtedness to its workforce and described the NLC classification as “misleading.”

Iworiso-Markson, who declined to mention the state’s indebtedness to its workforce, said the NLC did not consult with the government on the issue.

He said the report was “done in bad faith because it lacks substance, as it does not reflect the true position of things in the state.”

“As at now, the government is not owing salaries of its workers in the civil service, as we have kept faith with payment since the beginning of the year till date,” Iworiso-Markson stated.

The commissioner said the Bayelsa Government had always fulfilled its salary obligations until recently, due to the fall in the state’s monthly allocation from the Federal Government.

However, investigations by the News Agency of Nigeria revealed that civil servants in the state were being owed a backlog of five-month salary, which had accumulated in 2016.

Bayelsa chapter Chairman of the Trade Union Congress, Mr. Tari Dounana, told NAN in a telephone chat that the salary backlog owed civil servants stood at four and a half months.

He said teachers were the worst affected, with 10 months of outstanding salary.

NAN recalls that primary schools in Bayelsa have remained shut since the resumption of the 2017/2018 academic session as a result of the ongoing indefinite strike by Nigerian Union of Teachers.

Dounana said the strike was due to non-payment of 10 months’ salary arrears being owed the teachers.