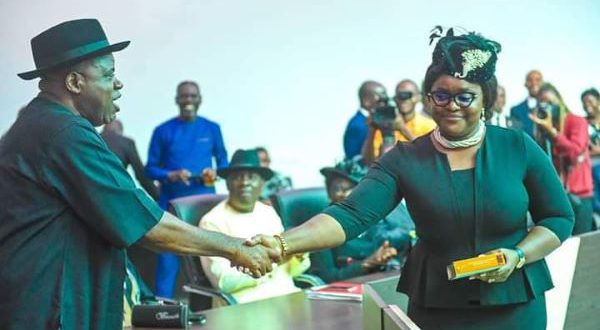 Governor Douye Diri of Bayelsa has sworn in his wife, Mrs. Patience Zuofa-Diri, and three other legal practitioners as the judges of the state...

Governor Douye Diri of Bayelsa has sworn in his wife, Mrs. Patience Zuofa-Diri, and three other legal practitioners as the judges of the State High Court.

Aside from Mrs. Diri, other new judges are former Registrar of the Bayelsa State High Court, James  Lookie, a Law lecturer at the Niger Delta University, Dr. Simon Amaduobogha, and a legal practitioner, Mrs. Christine Enegesi.

Administering the oath of office on the new judges at the Executive Chambers of Government House, Yenagoa, Diri said his administration prioritises the judiciary in view of its significant role in society.

He also recalled the embarrassing invasion of the Abuja residence of Supreme Court’s Judge, Justice Mary Odili, calling on the relevant authorities to expedite action in order to bring those culpable to justice.

The governor congratulated the new judicial officers on their appointment and elevation, urging them to serve the people with unfailing honour and commitment.

He commended the NJC, the state Judicial Service Commission, the state Chief Judge and the Chief Justice of Nigeria for facilitating the process and endorsement of their nomination from the state.

He said they were found suitable for the exalted office after meeting some strict protocol.

He said: “These are strongholds of justice, protectors of liberty, symbol of law and order, custodians of the rule of law and embodiments of the hopes and dreams of our people. And if they can be treated with such impunity, then we are all much poorer for it.

“It is germane to restate that separation of powers should not in any way suggest division. In the end, we have a shared obligation to serve the people of Bayelsa State. We are one government united by one common purpose to deliver the hopes and dreams of the people of the state,” he said. 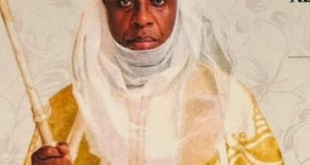 Emir Of Daura To Turban Amaechi