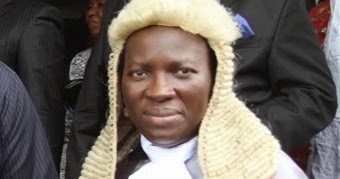 Mr Wariebi, son of the Chief Justice of Bayelsa State, Justice Kate Abiri, has been reported dead in mysterious circumstances.

Wariebi was said to have died in an undisclosed swimming pool at the Federal Capital Territory (FCT), Abuja.

The Governor of the state, Mr. Seriake Dickson, in a statement signed on Sunday by his Chief Press Secretary, Mr. Daniel Iworiso-Markson expressed deep shock over the untimely death of Wariebi.

Dickson was said to have spoken after after paying a condolence visit to Abiri at her residence in Yenagoa.

The statement confirmed that Wariebi, a graduate of law and a student of the Nigerian Law School, Abuja, reportedly died in a swimming pool last Friday night.

The governor noted with regret, the circumstances under in which, the life of the young Wariebi was cut short.

He said the state government would collaborate with the police and other relevant agencies, to unravel the real cause of his death.

He described the deceased as a focused and promising young man, who was preparing to make a wonderful career in the law profession.

He said that his demise remained a painful loss to the Abiri family and the state in general.

The governor urged the family to view the incident as divine and prayed God to strengthen and grant them the fortitude to bear the loss.

“As a Government, be rest assured that, we will stand with you shoulder to shoulder in this very very challenging period, especially in working with the Police and other relevant agencies of the Government to unearth the real cause of his death”, he said.