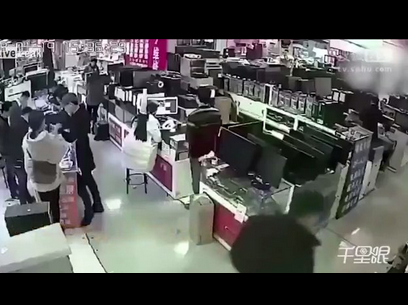 Battery Explodes As Man Bites It To Confirm Originality

A customer at a store in Nanjing City, Jiangsu Province, China, was looking to buy a replacement battery for his iPhone, and when the employee on duty showed him one, the best thing he could think of was to bite into the battery to test its authenticity.

On the rare occasions when a phone explodes, it’s often because the “positive” and “negative” battery plates have become joined, such as if the battery was pierced by a metal object, experts say.

They point out that lithium-ion batteries, though considered very safe, can explode if they’re overcharged.

Previous State Government Bans Union Activities In Lagos Island After The Murder Of NURTW Member
Next For Wearing Trousers, Husband Walks Away From Marriage