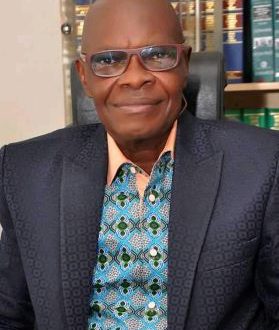 Barring any unforeseen circumstance, Mr. Fitzgerald O. Olorogun, a prominent lawyer from Bayelsa State will in the next few weeks be appointed as the substantive Managing Director of the Niger Delta Development Commission (NDDC).

This was made known to ionigeria.com by impeccable sources in President Muhammadu Buhari’s office at Abuja.

According to the sources, with the forensic audit of the Commission almost completed, the Presidency has shortlisted names of prominent and top-notched professionals to fill the various positions in the Commission.

According to one of the sources, “pressure for the constitution of the Board of the Commission has been from two broad groups. While one group wants the former Deputy Governor of Edo State, Dr. Pius Odubu led board earlier approved by the Senate to be inaugurated, the second group wants the president to nominate a new set of individuals to the Senate for approval because of the fact that most stakeholders and governors in the region were not happy with the nominees”.

Continuing, the source revealed that “President Muhammadu Buhari has made up his mind to submit a new set of names to the Senate for approval”.

Other names on the shortlist include Hon. Dr. Cairo Ojougboh from Delta State, Chief Osamuyi Igbinidu from Edo State, and Mr. Otobong Ndem from Akwa Ibom.

While Hon. Cairo Ojougboh is being slated for the position of Chairman, others will be Executive Directors.