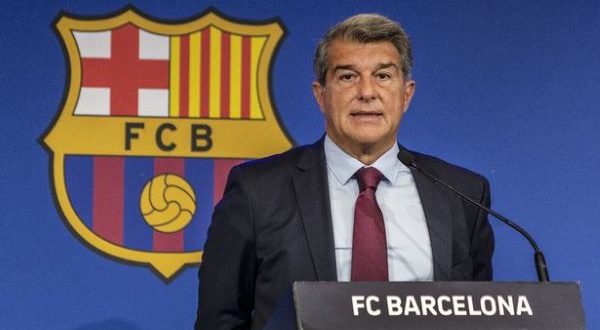 FC Barcelona have reportedly received a £1.2bn offer to stabilise the Catalan club and write off their substantial debt that has caused havoc over the summer.

The La Liga giants had to part with one of the all-time greats over the summer, as financial issues at Barcelona ensured that under league rules, they couldn’t afford to re-sign Lionel Messi.

In an attempt to lower their wage bill, the club also let Antione Griezmann return to Atletico Madrid, with Emerson Royal and Junior Firpo heading to the Premier League.

The club has been in a terrible state, but a company from Dubai could revive the club.

It was a whirlwind summer at Barcelona, mainly led by the Messi saga, but it became soon known that the club were in a dire financial state and president Joan Laporta publicly announced that his side are undergoing a huge rebuild to save the club.

However, Laporta’s task may become a whole lot easier as according to the program ‘El Curubito’, from ‘8tv’ in Spain, a company from Dubai has offered Barca to buy the entirety of their debt with €1.5billion (£1.2bn).

The report claims that the conditions of the offer would be very positive for Barcelona as it would allow them complete moratorium for two years, and this could even be extended to 12 years.

If Barcelona were to accept the approach, they would receive the £1.2bn immediately, meaning that the club would be stabilised, which is something that seemed impossible after the situation that was discovered over the summer.

Barcelona recently rejected a proposed multi-billion euro investment and revenue-sharing deal between La Liga and a private equity firm CVC, but it’s reported that the company from Dubai would demand a very low interest, making the approach more appealing.

La Liga had announced that CVC would inject €2.7bn (£2.3bn) into the league in exchange for 10 per cent of its revenue and a 10 per cent stake in most of its business, with the remaining 90 per cent of the injection going to clubs, but both Barcelona and Real Madrid rejected this.

The Catalan club released a statement targeting La Liga for this, as they said: “FC Barcelona considers that the operation that has been announced has not been sufficiently discussed with the clubs [the owners of the TV rights], that the amount is not congruent with the years of duration, and the deal affects part of all clubs’ audiovisual rights for the next 50 years.

Charles Igbinidu is a Public Relations practitioner in Lagos, Nigeria
@https://twitter.com/ionigeria
Previous Over 20 fishermen accidentally killed in Airforce Strike In Borno
Next Chelsea star N’Golo Kante test positive for Covid-19 and goes into self-isolation causing him to miss Juventus clash