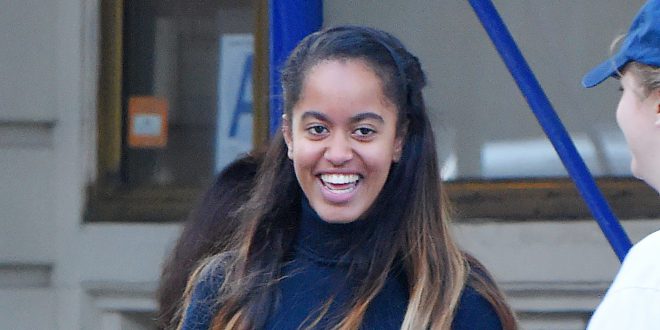 Barack and Michelle Obama‘s first daughter, Malia has landed the plum role as writer on a forthcoming project from Donald Glover, who signed a multiyear overall deal with Amazon for a whopping eight figures.

Glover’s Amazon deal has been in discussions for several weeks, according to The Hollywood Reporter. The actor, writer and rapper will end his deal with FX, owned by Disney, in favour of the agreement, according to the publication.

Earlier this month, Glover was reported to be collaborating with “Fleabag” creator Phoebe Waller-Bridge on a remake of the 2005 Brad Pitt and Angelina Jolie comedy film “Mr. & Mrs. Smith.”

Former President Obama’s daughter has interned and worked on several TV and film productions, including HBO’s “Girls” and CBS’ “Extant.”

In 2017 she interned at producer Harvey Weinstein’s eponymous company before Weinstein left the company in disgrace amid numerous sexual assault and sexual abuse allegations.