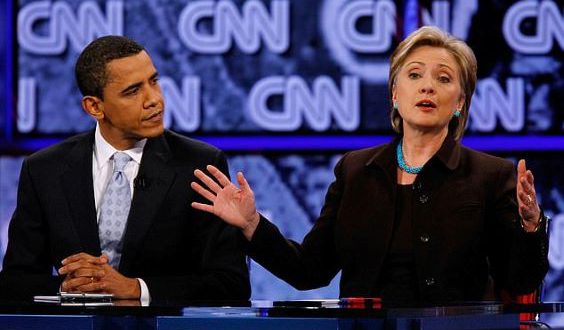 In his new book, former President Barack Obama (left) writes about his protracted Democratic primary in 2008 against Hillary Clinton (right)

Former US President Barack Obama recalls a nickname given to Hillary Clinton as the two presidential candidates were fighting in a protracted Democratic primary in 2008.

‘She’s like a f***ing vampire,’ Obama aide David Plouffe said, according to the ex-president’s new book, ‘A Promised Land.’ ‘You can’t kill her off.’

Overall, Obama paints a good picture of Clinton, who became his first secretary of State.

In January 2008, Obama rattled the political world when he won the Iowa caucuses over Clinton, a former first lady and sitting U.S. senator, setting them up for a primary that would last until June.

From Iowa, the candidates traveled to New Hampshire, which holds the nation’s first primary, and Clinton was asked by a voter how she keeps going, which nearly caused her to cry.

‘I could do it if I didn’t just passionately believe it was the right thing to do,’ Clinton answered at the time. ‘I have so many opportunities from this country and I just don’t want to see us fall backwards as a nation. This is very personal for me.’

In the book, Obama calls Clinton’s reaction a ‘rare and genuine show of emotion’ – and not some ploy to win the state.

He also tries to clarify a memorable moment from when they shared the debate stage.

During a January 2008 primary debate in New Hampshire, Clinton was told by a moderator that while voters trusted her on experience, they liked Obama better.

‘Well that hurts my feelings,’ said Clinton, then a U.S. senator from New York.

He faced backlash after making the quip, which came off quasi-sarcastic.

In the book he explained that he was trying to make an ‘overture to my opponent while indicating scorn for the question.’

Female candidates often have to appear more likeable than their male counterparts.

After the long primary, Clinton endorsed Obama – and then he picked her to be his first secretary of State, setting her up for her 2016 race against President Donald Trump. 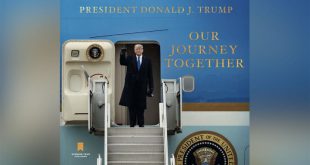