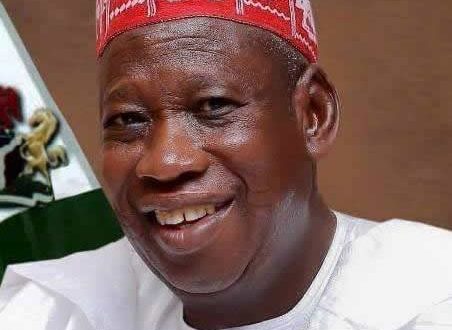 Spread the love
Kano State Governor Abdullahi Umar Ganduje narrowly escaped death as deadly bandits unleashed an attack on his convoy on their way back from Zamfara state.
A security source, who confirmed the incident, disclosed that three security personnel attached to the governor’s convoy sustained varying degrees of injuries.

Ganduje had joined other governors of the ruling All Progressives Congress (APC) and leadership of the party to officially receive the Zamfara State Governor Bello Muhammad Mattawale who recently defected to the APC.

Garba, who disclosed that slight injuries were recorded, however, insisted that the Ganduje was not in the convoy.

Charles Igbinidu is a Public Relations practitioner in Lagos, Nigeria
@https://twitter.com/ionigeria
Previous IPOB leader Nnamdi Kanu arrested in Addis Ababa Ethiopia
Next “We will not relent in the pursuit of Biafra freedom,” IPOB