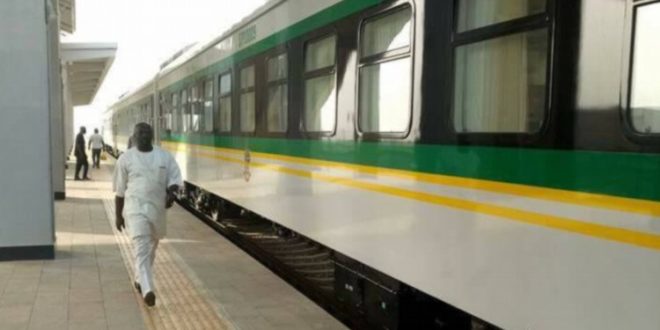 Some bandits on Thursday attacked an Abuja-bound train near Katari village in Kagarko Local Government Area of Kaduna State.

Our correspondent gathered that the train, which left the Rigasa Train Station, was attacked at Katari, a few kilometres to Abuja at 10am.

hough the police were yet to confirm the attack, it was learnt that the windows of Coach SP12 attached to the train were shattered by bullets from the bandits’ shooting.

“Coach SP 12 attached to the train from Kaduna was shattered by gunshots.” a source, who’s also a passenger told our correspondent.

“There was panic everywhere among the passengers. It was something that nobody could explain at the moment, but we are trusting in God that something be done by security operatives to curtail this unfortunate incident,” he added.

Meanwhile, there was no life lost during the incident.