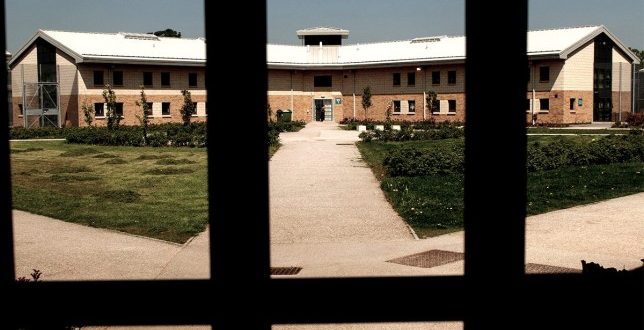 The baby died at HMP Bronzefield, in Middlesex (Picture: Rex)

A baby has died in Britain’s biggest female prison after its mother allegedly gave birth alone in her cell.

Police are investigating the infant’s death after the inmate went into labour in the early hours of Friday September 27, at HMP Bronzefield, in Middlesex.

According to The Guardian, the woman was alone in her cell when she gave birth to the baby but it was unresponsive when prison staff went to check on the inmate.

She added that bosses were undertaking a full investigation. ‘We are supporting the mother through this distressing time and our thoughts are with her, her family and our staff involved,’ said Ms Robinson.

‘We are undertaking a full review and working with all relevant authorities during their investigations.

‘It would not be appropriate to comment any further.’

Surrey police said in a statement: ‘The death is currently being treated as unexplained and an investigation is continuing to establish the full circumstances of what happened.’

A spokesperson said officers were called to the prison at around 9am on Friday.

Bronzefield holds up to 572 inmates and it features a mother and baby unit for infants which are born in the prison, or for mothers who have already given birth before being jailed.

The mothers can keep infants with them until they are 18 months old.