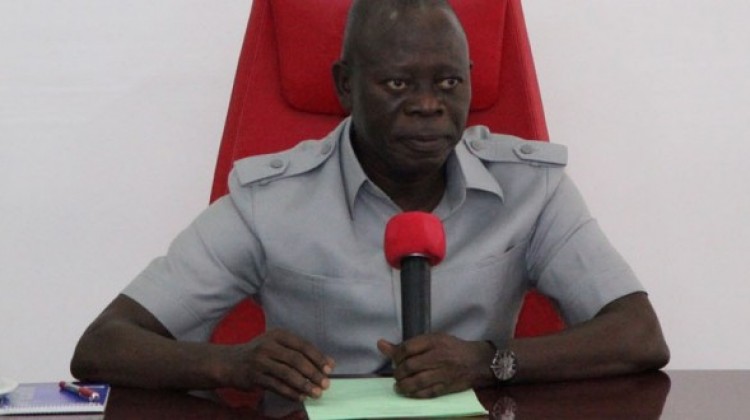 Attempt by Oshiomhole to reinstate impeached Speaker resisted by lawmakers

Attempt by Governor Adams Oshiomhole to prevail on majority of members of Edo State House of Assembly to reinstate the impeached Speaker, Victor Edoror and his Deputy, Bright Osayande was  strongly resisted on Wednesday night.

The new Speaker of the House, Elizabeth Ativie, and her supporters have vowed that Edoror will never return as Speaker.

The governor and other leaders of the All  Progressives Congress, APC, had a meeting  with the warring members of the state House of Assembly on Wednesday night, with a view to finding amicable solution to the crisis in the legislative arm of government.

APC members in Edo Central senatorial district are contending that if the position of Speaker is not returned to their zone, it will work against the Party in the forthcoming governorship election in Esan land which is a stronghold of the Peoples Democratic Party, PDP in the state.

It was gathered that the governor at the meeting, attempted to persuade the lawmakers to change their decision but each of the members narrated to the governor and leaders of the party how the ex-speaker had let them down, adding that while the ex-speaker was getting richer, majority of them were getting poorer.

They informed the governor that while the ex-Speaker allegedly receives N54 million for the running of the Assembly monthly, their quarters look like poultry pens just as the ex-speaker never carried them along on how the N54 million was expended.

The lawmakers lamented that while the ex-speaker received N9.5 million monthly for running his office, other lawmakers receive their normal N370,000 as salaries, adding that of the 45 special adviser positions allocated to the Assembly, the ex-speaker appropriated 25 for himself while most of the ordinary members were left out.

The impeached speaker and his deputy, who were also at the meeting were helpless when the angry lawmakers confronted them with these facts. When Oshiomhole observed that the lawmakers were not ready to listen to his pleas, he quickly had separate meetings with other leaders of the party, including the state chairman of APC, Anslem Ojezua, who is from the same senatorial district with the impeached Speaker.