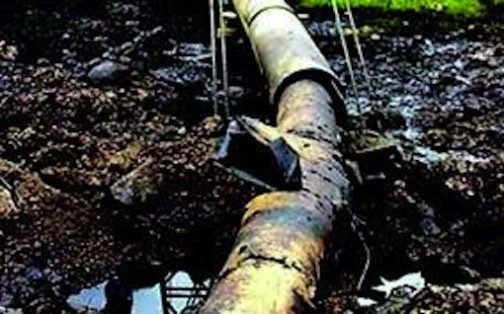 According to Eni, the parent company of Nigerian Agip Oil Company (NAOC),  the oil firm’s production had been cut short by 65,000 barrels per day following Friday’s attack on its pipeline in Bayelsa.

A spokesperson for Eni confirmed the development in a short e-mail response to NAN on Sunday.

“The total deferred production due to the attack is 65,000 barrels of oil equivalent daily

“I can confirm that. There is no further impact on production, since all production from the swamp area has already been stopped days ago,” the e-mail from Eni’s Media Relations Unit said.

According to crude production figures provided by the oil firm, the country is losing about 3.12 million dollars in revenue each day the NAOC operated facility remains out of production.

Also, Mr Shola Omole, the spokesman for Aiteo, operator of the Nembe Creek Trunk Line which came under attack by Niger Delta Avengers on May 28, said the line which conveyed crude to Bonny export terminal had been shut.

Omole said some 75,000 barrels daily production was deferred as the line remained out of service.

Minister of State for Petroleum, Mr Ibe Kachikwu, said on Thursday that Nigeria was producing 1.6 million barrels per day which excludes further production outages due to attack on Agip, Chevron and Shell.

Charles Igbinidu is a Public Relations practitioner in Lagos, Nigeria
@https://twitter.com/ionigeria
Previous SERAP to FG: Publish names of suspects and make best use of recovered loot
Next Adesina makes U-turn, says Buhari to travel to London to see ENT specialist