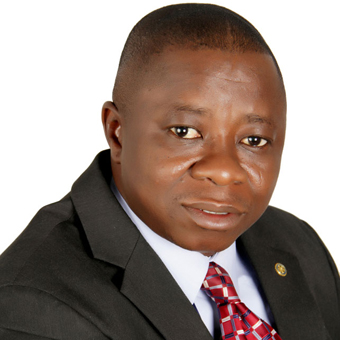 And for those who seek to spill blood on account of a mere party nomination exercise, the God of justice shall bring justice upon them

Edo Deputy Governor. Dr. Pius Odubu has called on security agencies in the state to arrest and prosecute those who attacked him and members of his campaign organisation on Saturday in Auchi, headquarters of Etsako West Local Government Area of the state.

Odubu, who spoke through his campaign organisatoin at a news conference on Sunday in Benin, said they had identified “three principal suspects’’ who masterminded the attack.

He therefore urged the security agencies to immediately unearth them and their pay masters, and prosecute them for this felonious act.

The former APC Minority Chief in the House of Representatives, Hon. Samson Osagie, who spoke for the organisation, described the attack as “the height of naked display of cruelty, animosity, acrimony, intolerance, gross irresponsibility and man’s inhumanity to man’’.

He said Odubu would not back down from pursuing his ambition as governor, saying that “in democracy, it is only the people that have the right to choose their leaders.

“And for those who seek to spill blood on account of a mere party nomination exercise, the God of justice shall bring justice upon them’’.

Samson disclosed that eight persons including an SSS and a Police Inspector in Odubu’s entourage sustained injuries.

“As we speak, six of them are currently at the UBTH receiving treatment while the other two are still convalescing at a hospital in Auchi,’’ he said.

Meanwhile, the state Publicity Secretary of APC, Mr Godwin Erhahon, who was at the press briefing, described the attack as “madness’’.

While condemning the attack on the campaign team, Erhahon said: “What happened yesterday in Auchi is absolute madness.

“I want to appeal to APC supporters to remain calm and be friendly ahead of the elections proper.’’

Earlier, the state Police Commissioner, Mr Chris Ezike, who visited Odubu’s campaign secretariat, said although the command was yet to make any arrest, it however said they had names of suspects.

Ezike, who also condemned the attack, said all aspirants must be given a level playing field to campaign, noting that the command would not tolerate any act of violence from any quarters.

He said the command had in the last eight months commenced the mopping up of fire arms from those undesirable elements and would continue to do so ahead of the governorship election on Sept. 10.