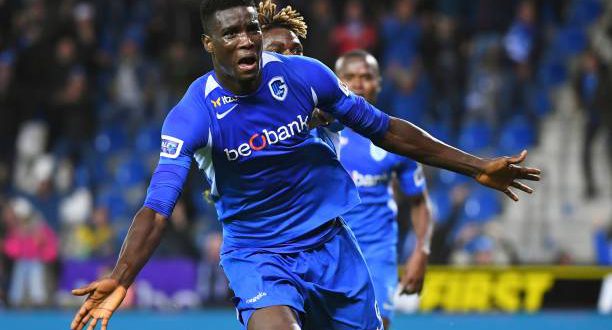 Atletico Madrid are still looking at ways to strengthen their squad, despite being LaLiga Santander champions and the transfer window having closed around six weeks ago.

According to Spanish publication Marca, Atletico Madrid sporting director Andrea Berta is keeping a close eye on Paul Onuachu, Genk‘s Nigerian forward who has started the season in incredible form. The 27-year-old is averaging a goal a game so far, with nine to his name after nine appearances.

For January or next summer

Atletico Madrid and Berta have already made contact with Genk about Onuachu, who arrived in Belgium in 2019 from Midtjylland. But Los Colchoneros aren’t the only club interested, and a 22 million euro price tag has been put on Onuachu‘s head.

Atleti have to consider the timing of any signing they make in attack. They might make a move for him in January to add another option, or they could hold off until next summer. At the moment, Luis Suarez is the only clinical finisher at the club.

His price tag of around 20 million euros is one that Atletico can afford and is seen as reasonable, with the club having watched him closely enough to be confident he would improve their side.

Onuachu wouldn’t occupy one of the non-EU places in the squad thanks to the Cotonou Agreement, so a mid-season arrival wouldn’t pose any problems for Los Rojiblancos.

Charles Igbinidu is a Public Relations practitioner in Lagos, Nigeria
@https://twitter.com/ionigeria
Previous Furious son murders Father for giving him the head of a chicken
Next Sunday Igboho rushed to hospital over suspected kidney illness