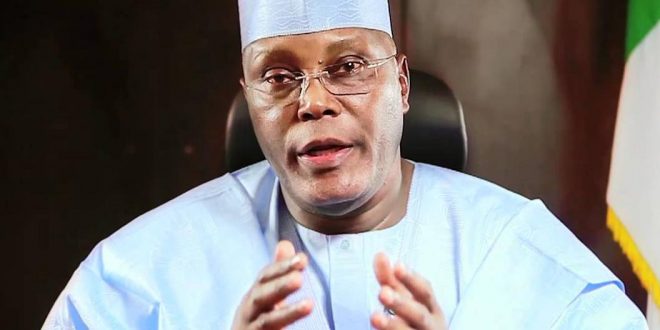 A former Vice President and stalwart of the All Progressives Congress, APC, Atiku Abubakar, on Saturday disagreed with the position of the President Muhammadu Buhari-led federal government that Boko Haram terrorists have been defeated.

The Turakin Adamawa, who spoke in Yola, the Adamawa capital, at the 11th Founder’s Day Ceremony of the American University of Nigeria, AUN, averred that the terrorist group remained deadly.

“The insurgents still occupy a specific geographical space. They (Boko Haram) still retain the capacity for occasional deadly attacks. Many citizens in the zone still remain vulnerable and live in fear,” he said.

This comment seem to counter repeated claims by President Muhammadu Buhari and his Information minister, Lai Mohammed, that Boko Haram had been Technically defeated, and was no longer holding any territory in the country.

In his 2016 Democracy Day speech, Buhari had insisted that the sect has been defeated,  saying: “We marshaled our neighbours in a joint task force to tackle and defeat Boko Haram. By the end of December 2015, all but pockets and remnants had been routed by our gallant armed forces”.

Before then, Lai Mohammed had stated that the Boko Haram terrorists remain largely decimated, dispersed and disoriented, adding that “in reality, insurgency has been weakened as a cohesive terror force”.