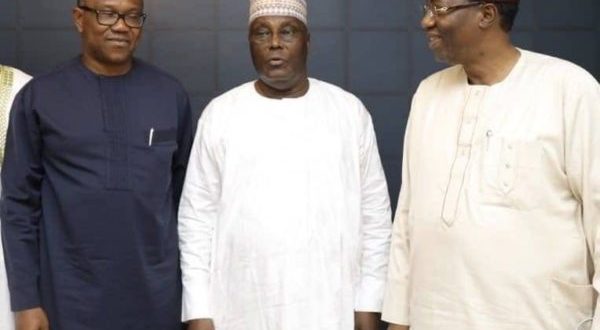 Silverbird TV owned by Senator Ben Murray-Bruce, a close ally of Atiku first reported the choice and several other platforms have reported it.

A formal announcement was later made by the Atiku campaign, via Daniel, and there were reports that Atiku and Obi were in talks in Abuja on Friday evening.

Daniel in the statement gave reasons Obi was picked as the running mate to Atiku Abubakar.

The 57-year-old Obi was a former governor of Anambra State and a former Chairman of Fidelity Bank Plc.

Daniel said Obi’s choice was largely influenced by his youthfulness, vast knowledge of global and local economics as well as being a financial expert, all experience which Nigeria is in great need at this point in time.

“This ticket will be able to steer our nation back on the path of progress, economic prosperity and unity”, Daniel said.

Born 19th July, 1961, Obi attended the Christ the King College, Onitsha and later proceeded to the University of Nigeria, Nsukka where he graduated with a Bachelor of Arts in Philosophy in 1984.

“He is a member of the British Institute of Directors (IOD), Nigerian Chartered Institute of Bankers and Nigerian Economic Summit Group (NESG)

Charles Igbinidu is a Public Relations practitioner in Lagos, Nigeria
@https://twitter.com/ionigeria
Previous Buhari to Obasanjo, Atiku: You will lose together
Next Peter Gregory Obi: Complete profile of the man who may be the next Vice-President