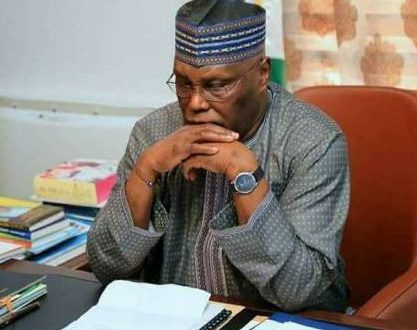 Mohammed Hayatu, who is the petitioners’ 42nd witness called to testify at the Presidential Election Petition Tribunal by the Peoples Democratic Party and its presidential candidate, Alhaji Atiku Abubakar, said on Tuesday that the part of Adamawa Province where Atiku was born had never been part of Cameroon.

He was responding to questions posed to him by respondents’ lawyers under cross-examination. The Independent National Electoral Commission, President Buhari and the All Progressives Congress are the respondents to the petition challenging the outcome of the February 23, 2019 poll.

Fielding questions from the respondents’ lawyers, Hayatu confirmed that Atiku was born in 1946 in Jadda, in the Adamawa Province. He confirmed that he was “told of the 1961 plebiscite” through which British Cameroon became part of Nigeria.

Earlier, while being cross-examined by INEC’s lawyer, Yunus Usman (SAN), Hayatu said he was born on February 1, 1966, which was 20 years after Atiku was born.  He confirmed that the head of Atiku family was in a better position than him to talk about the birth of the former Vice-President. Asked if the Atiku family had a head that was still alive, the witness said, “They have a head of family”.  Asked who the head of the family was, he said, “Atiku is the head of the family.”

Charles Igbinidu is a Public Relations practitioner in Lagos, Nigeria
@https://twitter.com/ionigeria
Previous Thief broke into a church in Uganda to steal money and then wrote a letter apologising for his action
Next Northern Elders, CNG tells Fulani Herdsmen to leave the South, return to the North