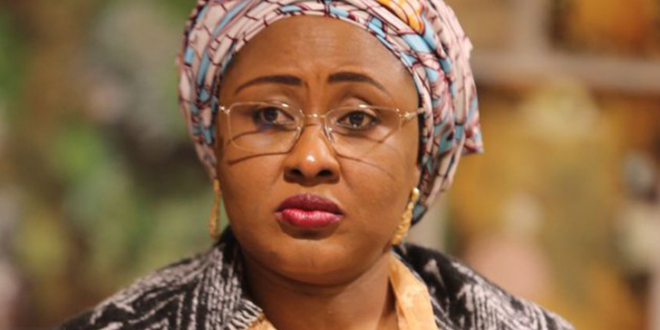 The Peoples Democratic Party (PDP) on Tuesday described the quarrel between Aisha Buhari, wife of President Muhammadu Buhari and the President’s cousins as a dirty public fight which has exposed the managerial incompetence and leadership letdowns of the Buhari Presidency.

In a statement signed by Kola Ologbondiyan, National Publicity Secretary, the party said that the chaos in the Villa further exposed the Buhari Presidency’s poor management of issues and highlights why it has failed monumentally in delivering on any of its responsibilities in governance, thus leaving our dear nation in a shambolic situation in the last five years.

Recall that Fatima had accused Aisha Buhari of acting violently against her family, saying that Aisha attacked them inside Aso Rock. But in what can be described as a defence the wife of President said that Mamman Daura’s family denied her access to an apartment in the villa which made her react angrily.

According to PDP averred, “The feud further uncovers the impunity, disorderliness and vanity that pervade the Buhari Presidency and how the once serious and productive seat of power has been turned into a house of comedy and an overcrowded quarter for illegal occupants.

Nigerians can now see why it has become difficult for our nation to witness any stability or progress under the Buhari Presidency and why the Buhari-led Federal Government has been bedeviled by confusion, infighting, policy flip-flops, statutory violations, promotion of violence, ingrained corruption and administrative indolence while millions of Nigerians wallow in poverty and neglect.

Nigerians and the world can equally see why no one expects the Buhari Presidency to articulate any progressive idea or proffer and implement any solution to the myriad of economic and security problems it caused our nation; they can now see why there is no hope in sight and why compatriots are daily agitating for a new order.

Our party notes that our dear nation has suffered enough disgrace from the Buhari Presidency and the All Progressives Congress (APC).

The PDP therefore charges President Buhari to immediately apologize to Nigerians for his failures and be ready to vacate office for more competent hands, since it has become obvious that he is leading our country to nowhere.

Furthermore, the PDP urges the National Assembly to investigate the alleged abuse of office by President Buhari following revelation that he assigns official facilities in the Presidential villa to unauthorized persons that have no official roles in governance, and apply appropriate sanctions.

The PDP also urges the National Assembly to sanitize the Presidential villa by probing allegations of illegal allotment of offices and apartments to unauthorized persons, including scammers and corruption fronts in Aso Rock.

The party however urges Nigerians to remain calm as such provocative and disgraceful developments will soon come to an end with the retrieval of our stolen mandate at the Supreme Court.”

Charles Igbinidu is a Public Relations practitioner in Lagos, Nigeria
@https://twitter.com/ionigeria
Previous 847 soldiers killed by Boko Haram, buried in Borno cemetery  – Ndume
Next Man and six children rescued from farm basement after nine years’ waiting for the world to end 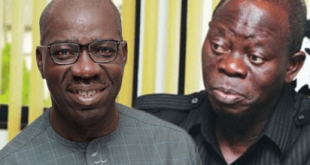 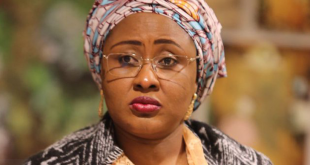