Home / Opinion / Opinion Articles / As a black woman, I’m glad to see the back of Keeping Up With The Kardashians

As a black woman, I’m glad to see the back of Keeping Up With The Kardashians 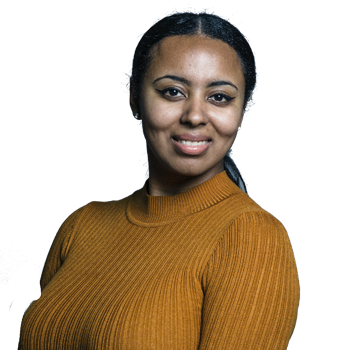 Do I think that we’re going to see less of the Kardashian-Jenners now that their show is coming to an end? I suspect not

Keeping up with the Kardashians, a show centred around Kardashian-Jenner family drama, is officially coming to an end.

After 14 seasons, this particular inside view of the family’s plethora of break-ups, divorces, marriages and babies could be closed off to the public for good. But while fans of the show mourn its loss and remember its iconic phrases (“don’t be f*****g rude!” anyone?), as a black woman, I’m celebrating.

Many dislike the Kardashian-Jenners purely because they see them as a symbol of trashy, unintelligent, shallow entertainment. I, however, am not one for snobbery. I actually believe that reality TV can be an interesting sociological reflection of the world we live in. My and many other black women’s issue with the family is about something else entirely.

The Kardashian-Jenners have perfected the act of being “culture vultures” to an almost systematic degree, slipping on costumes of blackness in an effort to be relevant and edgy and making huge profits in the process.

Their bodies ape familiar black female phenotypes in an almost cartoonish way, from their jutting fake hips, full bums and overly injected lips. They are widely attributed with popularising the current obsession with having a bigger behind (remember the trend of asking “does my bum look big in this?”) – as though this is not a feature that many black women have naturally. Their skin is often extremely tanned; fans remarked only a few months ago that when Kylie Jenner posted an image of herself with a considerably darker skin tone, she looked like she was “cosplaying as Beyonce”.

The family also adopt black hairstyles with zero respect for its origins. Kim Kardashian, in particular, has worn Fulani braids, a specific African hairstyle and attributed them to “Bo Derek” a white woman who appropriated the braids in the 1970s. Kylie Jenner has also worn cornrows and clapped back at fans who tried to point out why it was problematic – labelling it as “just a hairstyle”. They’ve also been accused numerous times of stealing black women’s ideas, with Khloe Kardashian’s jean fashion line Good American coming under fire for allegedly lifting designer Destiney Bleu’s work, which Good American and Khloe have denied. If the allegations are true, using the creative efforts black women without giving them credit is exactly the sort of conduct that edges black women out of these creative markets in the first place, lessening the scope for the recognition of black women in these fields.

One of the most haunting aspects of the family’s legacy, is, to me at least, Kim’s now-infamous Paper Magazine cover in which she balances a champagne glass on her derriere. The image was actually based on Jean-Paul Goude’s photo of black model Carolina Beaumont, as part of a book called “Jungle Fever”. Beaumont did not have the luxury of being able to escape the negative stereotype of hyper-sexualisation or exoticised objectification that black women bear. Whereas Kim’s cover, which also reeks of racial fetishisation and harks back to the legacy of Saartjie Baartman, a 19th century South African woman who was exhibited in “freak-show” displays for viewers to marvel at her large buttocks and genitals, enables Kim to wear those harmful tropes like a costume.  As a white woman, Kim Kardashian is able to elevate herself above these stereotypes while generating profit from its sensationalism.

Against the backdrop of this, the Kardashian-Jenners have, as far I’m concerned, never made any real attempt to create a serious dialogue around the Black Lives Matter movement, or use their white privilege – which they still get to retain while enjoying the financial fruits of exoticising blackness – for change. Kim’s prison reform work, though admirable in some ways, is completely devoid of wider conversations on how systemic racism is a core aspect of the US prison system. She chooses to highlight isolated cases of injustice, rather than acknowledging the wider picture. Black men are incarcerated at significantly higher rates than white men. One in three black men in the US can expect to spend at least some time in prison and tend to receive harsher sentencing for similar crimes compared to white men. For black women, the imprisonment rate is twice the rate where white women are concerned.

Their expert monetisation of blackness has had a ripple effect – and other social media influencers have seen dollar signs too. Celebrities like the Kardashians are arguably linked to the likes of young influencers like Emma Hallberg, a Swedish woman who presented herself as a black mixed-race person, and later turned out to be a white woman with an exceptionally deep tan, bronzer and a series of curly-haired wigs. She defended herself by saying she never claimed explicitly to be black, but in my view, it appears that she is able to understand, just like Kris Jenner, the matriarch of the Kardahsian-Jenner family seems to, that blackness on white women will always be more profitable and receive more credit than blackness on actual black women.

It’s frustrating knowing this as a black woman. I spent years feeling like my body wasn’t good enough, because naturally, my hips, bum and general body type didn’t fit the westerns social ideal of being slim with European features. I grew up understanding that I could be shunned, made fun of or viewed as unprofessional for having my hair in natural styles, or braids. I kept my hair in a straight style for almost a year in the first professional job I had, for fear that I would be judged or hamper any promotional opportunities. It’s a terrible irony that I’ve grown up being told that whiteness is the best thing since sliced bread – yet blackness on white women continues to be lauded while real black women face the true consequences of being black every day.

Do I think that we’re going to see less of the Kardashian-Jenners now that their show is coming to an end? I suspect not, as they continue to be hugely prolific in lots of other ways. But perhaps the end of their long reality TV reign will signal a larger conversation around cultural appropriation, serving as a small sign that white women using black culture for their own gain isn’t as profitable as it used to be. Either way, I’m happy to see the show go.

Banseka Kayembe is a freelance writer living in London and the founder of Naked Politics, an online platform that engages and empowers young people, and amplifies their views

To those who say Trump will go to jail

Spread the loveBy Femi Fani-Kayode You keep screaming “Trump will go to jail! Trump will …