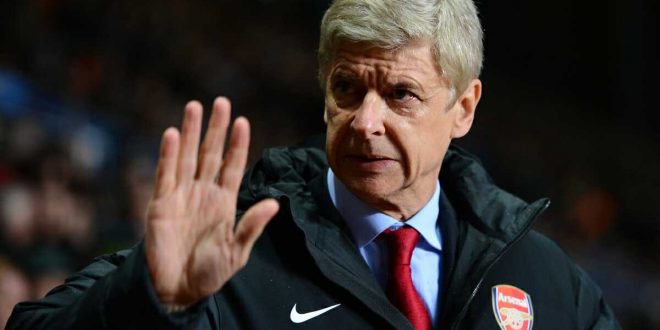 The Frenchman claimed that the signing was made based on emotions and claimed that “the decision (to sign Ronaldo) is not 100% rational.”

The Portuguese superstar has returned to Old Trafford after 12 years away from the club and is hoping to lead United back to success both domestically and in Europe.

The 36-year-old left United in 2009 after leading them to three successive Premier League titles and to lifting the Champions League trophy in 2008 – the last time the Red Devils won the trophy.

Wenger’s Arsenal were among United’s major domestic rivals at the time and whilst the Frenchman admitted that Ronaldo’s return to the club was a “love story”, he questioned the thinking behind the move.

The former Gunners boss said on Friday: “This is a love story that you want to see

“[He was re-signed] for more than just sporting reasons, it’s also emotional. I think the decision is not 100% rational.

“Finding a balance in the team is a big challenge. But the players with a lot of experience still score a lot.”

Wenger went on to recall how close his club had come to signing the Portuguese player when he was a teenager at Sporting Lisbon.

Then an 18-year-old winger, the Gunners had been monitoring a cut-price move for Ronaldo but United gazumped their move after he starred in a 4-1 friendly win for Sporting over United in pre-season.

In Ronaldo’s first six seasons at the club, between 2003 and 2009, he made 292 appearances and scored a remarkable 118 goals, winning nine trophies including three Premier League titles and the UEFA Champions League.

He has subsequently gone on to replicate his scoring achievements elsewhere – breaking Real Madrid ’s club record with a stunning 450 goals in 438 appearances before netting 101 times in three seasons at Juventus.

On Wednesday, Ronaldo broke Ali Daei’s long-standing record of international goals as he netted twice late on against the Republic of Ireland – taking his tally for Portugal to 111 goals.

Ronaldo has now returned to United from Juventus and is set to make his second debut for the club against Newcastle United on 11 September.

It was confirmed on Thursday that he will once again wear the number seven shirt at the club after Edinson Cavani agreed to switch to his international number of 21.