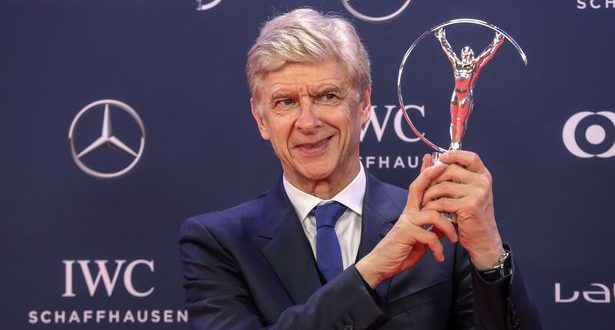 Arsene Wenger has compared his Arsenal exit to “a funeral” in his new documentary.

Gunners legend Wenger stepped down in May 2018 after 22 years at the helm at The Emirates.

The Frenchman is widely acknowledged as Arsenal’s greatest ever manager after leading the Gunners to three league titles and seven FA Cups, including league and cup doubles in both 1998 and 2002.

Wenger also oversaw the Gunners’ history-making ‘Invincibles’ season back in 2004 – when Arsenal went the entire Premier League season without defeat on their way to the title.

But the final years of Wenger’s reigns were marred by fan unrest after some disappointing campaigns.

A few days after announcing his intention to step down, Wenger hinted that the call was “not really” his decision – and it now appears that the Frenchman could be about to set the record straight.

Speaking ahead of the launch of his new documentary, Arsène Wenger: Invincible , Wenger compared his Gunners exit to a funeral.

“You realise that the end of something is like a funeral,” said the Frenchman.

Also in the trailer, former Gunners star Dennis Bergkamp gave an insight into Wenger’s struggles following the decision, with the Dutch ace, saying: “It would have been easier if he had made the decision.”

But Arsenal’s woes on the field have arguably worsened since the veteran’s decision to call it a day.

Things aren’t much brighter under the Spaniard – and former caretaker boss Freddie Ljungberg reckons Arsenal fans may be regretting their actions during Wenger’s final days.

“The fans were complaining about him at the end of his term. Now maybe they are regretting how they behaved towards him. He’s so big at this club,” the Swedish ace told The Daily Mail back in May.

Since stepping down, Wenger has taken up a role with FIFA and has most recently made headlines with his desire of a biennial World Cup – plans which have been met with fierce resistance by the majority within the game.

Wenger is set to return to the dugout next year, four years after stepping down at the Emirates.

The Frenchman will boss a Saudi Arabian super team in a friendly against Paris Saint-Germain in January’s Riyadh Season Cup.

And Wenger has not ruled out a full-time return to the dugout – despite turning 72 later this month.

“Overall we have to accept that our days come to an end at some stage,” Wenger told The Telegraph, before adding: “I don’t rule it out.

“There are always people who say, ‘You are too old’ so at the time, maybe I thought they were right, but I am in good shape and I have not completely decided not to do it anymore.”