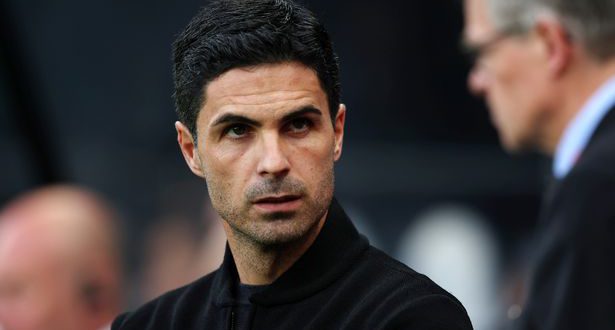 Arsenal’s hopes of securing Champions League football are all but over after being beaten 2-0 by Newcastle United.

The first 45 minutes looked as if it were a game of attack versus defence at times, such was Newcastle’s dominance. The Magpies had their foot firmly on Gunners necks and Mikel Arteta cut a frustrated figure on the touchline. Things got worse for the visitors shortly after the interval when Benjamin White veered the ball beyond Aaron Ramsdale and into his own net to hand the hosts the lead and make an already difficult job nigh on impossible for Arsenal.

In truth, Arsenal never really got going and certainly never played at the pace required to get a result against an in-form Newcastle side. As the Gunners tried to ramp up the pressure for a late flurry, they were caught on their heels again. Bruno Guimaraes put the game beyond any doubt with just over five minutes left to play when he calmly slotted home after the ball popped up following another Ramsdale save.

Arsenal now need Norwich to beat Spurs at Carrow Road to stand any chance of finishing fourth. Mirror Football has taken a look at five of the game’s main talking points.

The result means Tottenham now have the initiative and enjoy a two-point lead over the Gunners going into the final day – where they make the trip to already relegated and bottom-placed Norwich City.

At the beginning of the campaign, particularly after their dismal opening three games, few would have predicted Arsenal to secure fourth spot but given their rise into the top four for much of the second-half of the season – this result will serve as a huge body blow.

The Canaries will be the toast of the red half of North London if they can pull off a win on Sunday, but Arsenal know they are relying on a miracle.

Arsenal’s handling of the pressure

The Arsenal players knew going into this tie that it would define their hopes of reaching the most prestigious competition in club football – and you could sense the nerves.

Many of the Gunners players seemed second to every ball without the ability to find their passing range for much of the first half.

Martin Odegaard, much like every Arsenal player, struggled to get to grips with Allan Saint-Maximin

They were also subject to an onslaught of Newcastle attacks for much of the first-period, with Aaron Ramsdale looking notably shaky early on with a series of slips and parried saves rather than anything to relieve his side of some pressure.

The hosts were getting a lot of joy down their left-flank as Allan Saint-Maximin toyed with Takehiro Tomiyasu at times. The midfield battle was also being won convincingly by Newcastle, who nullified the threat of Martin Odegaard well.

The Norwegian has never finished a half in the Premier League with less than 10 passes completed to his name, but saw the first 45 minutes go by with just five.

In what was undoubtedly the most important game of the Gunners season, Arsenal saw both of their first-choice central defenders return after both had huge doubts over their fitness going into the game.

Rob Holding’s disastrous display against Spurs on Thursday ruled him out of the game against the Magpies after he received two yellow cards inside the opening 35 minutes of the contest.

Ben White scored an own goal to put Newcastle in front

Things got off to a rocky start when Benjamin White was cautioned inside the first quarter of an hour as Callum Wilson tried to test just how strong his tight hamstring was in a foot-race.

The pair were forced into action so often in the first-half, as the bulk of the football was played in Arsenal’s defensive third. Gabriel’s aerial prowess came in handy as the hosts whipped in plenty of crosses in an attempt to swarm Arsenal’s six-yard box.

White was rushed back from injury and rather cruelly turned out to be the scourge of his own side when his own goal gave the hosts the lead at a crucial stage of the game.

Eddie Howe’s men have made St. James’ Park somewhat of a fortress this season having only been beaten Liverpool, Manchester United and surprisingly Cambridge United at home since the former Bournemouth boss took over.

The reasons why were abundantly clear in this clash, as the Magpies took the game to their nervous visitors and made life as difficult as possible for Arsenal’s flair players. Targeting the flanks, Newcastle gave the Gunners full-backs one of the most difficult evenings of the season.

Howe’s side racked up plenty of corners but the Gunners managed to bat them away by hook or by crook with the Arsenal back-line drastically overworked.

Ramsdale’s save from Saint-Maximin was as close as they got to a goal of their own early on, but it was their relentless press that sees them worthy of plaudits.

Arsenal simply could not deal with the magnitude of the game under the white hot spotlight in the North East and Newcastle made sure to take full advantage of the fragilities on show.

Midfield nightmare for the Gunners

Mohamed Elneny was another one of Arsenal’s underperformers

Games are often won and lost in the battleground that is the middle of the park and Arsenal saw this game get away from them in the midfield region.

The likes of Odegaard and Granit Xhaka are so often two players that work tirelessly to help their team build attacks and provide players such as Bukayo Saka and Gabriel Martinelli with the ammunition to inflict damage on opposition.

Instead, they both put in impotent displays of their own that in turn hindered the chances of any impact from Arsenal’s match-winners.

Fellow midfielder Mohamed Elneny was guilty of losing his man in the build-up to the game’s opening goal – allowing Joelinton the freedom to deliver the killer pass that forced White into his costly error.