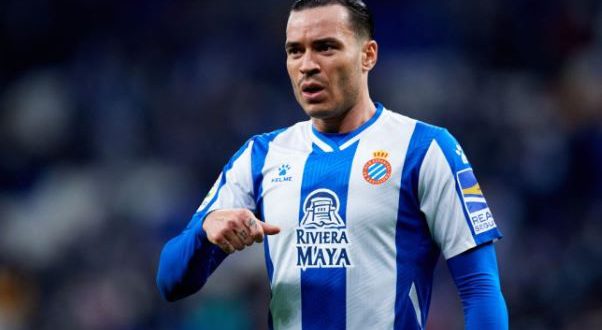 Arsenal are targeting Espanyol striker Raul de Tomas as an alternative signing to Dusan Vlahovic, according to reports in Spain.

The Gunners have been frustrated in their attempts to sign Vlahovic after submitting a bid of £50 million plus Lucas Torreira to Fiorentina this month.

Juventus are now leading the race to sign Vlahovic and are ready to submit a €67m (£56m) bid to land the Serbia international before the end of the January transfer window.

It’s understood that Juventus is Vlahovic’s preferred destination and the striker, who is Serie A’s joint-top scorer this season with 17 goals, was not convinced about joining Arsenal.

Mila Kunis and Demi Moore reveal what they ‘have in common’ in new advert, and other top stories from January 25, 2022.
Mikel Arteta remains keen to add a striker to his squad this month and according to AS, Arsenal have now turned their attention to De Tomas.

The report claims that Arsenal have scouted De Tomas for several months and Arteta personally favours a move for the 27-year-old.

De Tomas, who is in his third season with Espanyol, has scored 11 goals in 20 La Liga appearances this term and has a €70m (£58.6m) release clause in his contract with the Spanish club.

Following the club’s relegation, De Tomas scored 23 goals in the Segunda Division to help get Espanyol promoted back to La Liga last season.

De Tomas, who came through Real Madrid’s academy but made just one first-team appearance before leaving, won his first two caps for Spain in November.