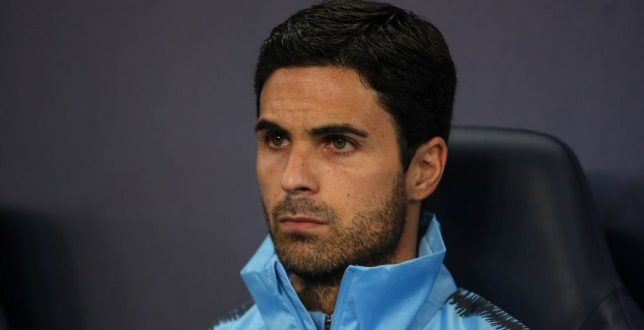 Arsenal have been touted with a move for Leicester City midfielder Youri Tielemans for the majority of the opening exchanges of the summer transfer window – but the deal is now in doubt.

The Gunners have already made two signings this month after the arrival of Sao Paulo wonderkid Marquinhos was followed by the purchase of Porto playmaker Fabio Vieira to the tune of £30million. Given Arsenal’s attacking struggles last term, it would appear that a new forward is the most pressing concern.

With Mikel Arteta’s men reportedly on the cusp of an agreement with Manchester City for Brazil international Gabriel Jesus, it was expected that attentions would soon turn to the Gunners’ central midfield and some potential reinforcements.

Tielemans has just one year left to run on his current deal at the King Power and many would have expected a frenzy of interest from potential suitors, but it has not played out that way.

Leicester are in no position to be commanding a particularly large fee for the Belgium international as he could simply walk away for nothing in 12 months time. Yet, few clubs seem interested in prying Tielemans away from the Foxes for a cut-price sum.

Arsenal looked to be the only club in the race for the 25-year-old a few weeks ago, but Goal report that even the Gunners interest has since ‘cooled’. While the decision to explore other players for other positions may seem confusing, there’s every chance Arteta has determined Tielemans is not needed due to who he already has waiting in the wings.

Albert Sambi Lokonga was once dubbed “the new Yaya Toure”

Albert Sambi Lokonga was purchased last summer from Anderlecht and endured a debut season of mixed fortune at the Emirates. The young talent got off to a promising start, but quickly fell out of Arteta’s plans for his immediate starting eleven.

Despite this, there remains plenty more to come from the 22-year-old – that is at least according to Lokonga’s former coach and ex-Manchester City skipper Vincent Kompany.

Reflecting on the first time he saw Lokonga, Kompany told Rio Ferdinand’s YouTube channel ‘FIVE’,: “The first thing I did when I saw Sambi is I went to Mikel and also Pep, but Mikel first and said, “You got to watch this guy, he’s the new Yaya Toure. Anyway, nothing comes off it, he’s got a cruciate ligament [injury].

“Then I fall into the management job at Anderlecht, so I’m working with him. I had the same conversation with Mikel and I believe the same thing now.” Kompany was even asked to repeat his Yaya Toure comparison and did not shy away from explaining why he linked the two.

Arsenal may able to save some funds by snubbing Tielemans and relying on a raw but promising young talent they already have – a method that has served them so well in the recent past.