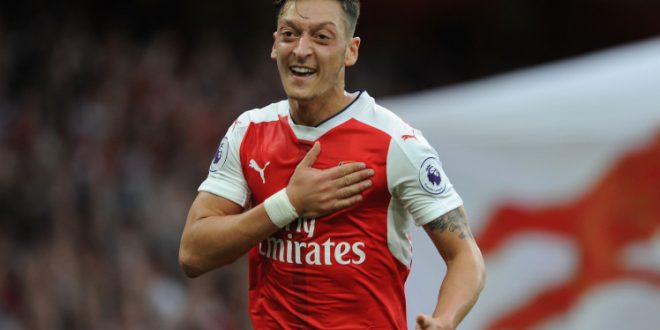 Mesut Ozil has reportedly been offered an £18 million pay-off from Arsenal to end his Emirates nightmare, thesun.co.uk reports. The £350,000-a-week midfielder is unwanted by Gunners boss Mikel Arteta.

The Germany international has just one year left on his contract and could easily decide not to kick a ball for the first team next season and still pick up his wages. But the Gunners now plan to pay his contract up in full to get him out of the club.

Arsenal are reportedly ready to make him an offer to pay him off. Or if not then to subsidise his £350,000-a-week wages so he can move to another club on loan.

But a series of poor performances for Arteta has convinced the Spaniard he must move the player on. The last straw came when he refused to take a pay cut due to the coronavirus pandemic.

While Ozil is near the Arsenal exit door, Chelsea’s Willian could be the next big player on the Gunners’ team sheet.

Arsenal are close to completing the signing of the Brazilian on a three-year deal, beating off competition from Barcelona and Inter Miami

The 32-year-old leaves Stamford Bridge at the end of his contract after a seven-year spell, with Chelsea only willing to offer him a two-year deal rather than the player’s desired three years.

He wrote an open letter to fans confirming his exit following Chelsea’s defeat to Bayern in the last 16 of the Champions League.

“They were seven wonderful years. In August 2013 when I received the offer from Chelsea, I was convinced that this was where I had to play,” he wrote.

“Today I am certain that it was the best of decisions. There were so many happy times, some sad, there were trophies and it was always very intense,” he said.