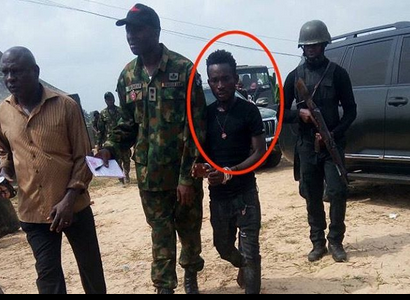 The Joint Task Force (JTF), Operation Delta Safe (ODS), on Friday confirmed that a militant leader in its custody, Oyawerikumor Peregbabofa, popularly known in the creeks of the Niger Delta as Karaowei, was later killed in an ambush.
The militant warlord who masterminded the kidnapping and murder of a British missionary, 56-year-old Ian Squire in Enekorogha, Delta state was arrested at the early hours of Thursday in Ogbobagbene.

It was gathered that gang members of the militant warlord ambushed the JTF operatives after his arrest and exchanged of gunfire which let the arrested gang leader to make an attempt to escape, he was shot and instantly killed by operatives of “Operation Delta Safe.”