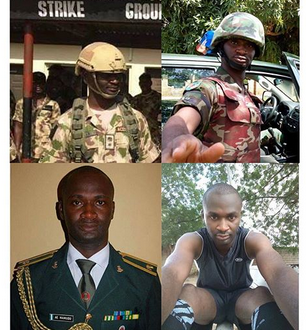 A fearless Commanding Officer has been killed by suspected suicide bomber in Sambisa Forest .
Lieutenant-Colonel AE Mamudu, one of the commanding officers of the Nigerian Army Strike Force Group, was today, killed by a vehicle-borne Improvised Explosive Device in Sambisa Forest.

According to SaharaReporters, he was killed along with a young Naval officer while on patrol for Operation Deep Punch 11.

Lt. Col Mamudu who is described a fearless fighter, hailed from Kogi state.