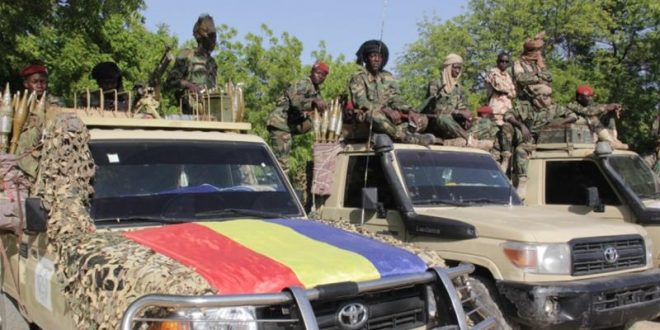 A video of the murder triggered such fury online that the government slowed the country's internet last month [File: Audu Marte/AFP]

A court hearing in Chad descended into chaos when the family of a military officer being sentenced for murder seized him and spirited him away.

Col Abdoulaye Ahmat Haroun had just been handed a five-year sentence for a murder that caused national uproar.

Moments later, a group of relatives, some of them armed, stormed the dock and hauled him out.

The incident took place on Thursday in N’Djamena, capital of the landlocked semi-desert country in north-central Africa.

Haroun was charged with murder after video circulated online showing him shooting two people at point-blank range in August, killing one of them.

The footage sparked an online debate, with some commentators pointing out that Haroun was from the same ethnic background as President Idriss Deby Itno, who has ruled Chad for three decades. Some said the officer had acted with “impunity”.

The debate on social media became so heated that the government cut back the speed of the internet to slow the spread of messages.

Maxvelt Loalngar, head of the Chadian Human Rights League, said relatives of the colonel, some of them carrying “military weapons” rushed him out of court, calling the judge a “slave” as they went.

He added that police eventually recaptured the colonel “with five accomplices, hiding in a house”.

It was the second time Haroun had tried to evade justice. On 9 August, while in detention, he managed to board a plane bound for Egypt. Prosecutors ordered the plane to return to N’Djamena, where he was arresting on landing.