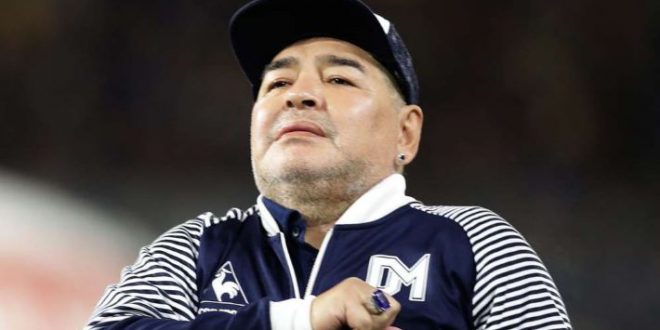 Argentine authorities searched through the home and office of Diego Maradona’s doctors on Sunday as part of an investigation into the soccer legend.

Neurologist Leopoldo Luque said he had turned over all of his records of treatment for Maradona, including computers, hard drives and cellphones. The Associated Press reports that Luque defended his treatment of Maradona when speaking to reporters, crying at times as he spoke.

“I know what I did. I know how I did it…. I am absolutely sure that what I did [was] the best for Diego, the best I could,” said Luque. He added that Maradona was a difficult patient and that he had been kicked out of the soccer player’s house multiple times.

According to the AP, investigators have been taking declarations from Maradona’s relatives. The San Isidro prosecutor’s office is currently conducting a probe into the medical treatment Maradona received before his death, which caused a wave of grief among soccer fans around the world.

Maradona had a history of substance abuse, struggling with drugs and alcohol. According to the AP, he was near death in 2000 and 2004.

“Diego did what he wanted,” said Luque. “Diego needed help. There was no way of getting through to him.”

Tens of thousands of fans gathered on Thursday to pay their respects to Maradona’s coffin that laid in state in the presidential palace before being buried on Thursday.

Charles Igbinidu is a Public Relations practitioner in Lagos, Nigeria
@https://twitter.com/ionigeria
Previous The Ambani family of India, Kwoks of Hong Kong, South Korea’s Lee dynasty and 17 other wealthy Asian families control $463 Billion
Next Joe Biden to be examined by doctor after twisting ankle