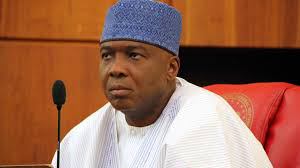 The Court of Appeal sitting in Abuja has ordered Senate President Bukola Saraki to face three charges at the Code of Conduct Tribunal (CCT).

She struck out 15 of the 18 count charges filed against Saraki but said has to return to the CCT for the remaining charges.

Saraki is standing trial for false declaration of his assets when he was governor of Kwara state.

The Federal Government had on June 22nd filed an appeal against the June 14th judgment of the CCT acquitting Saraki of the  18 charges of false asset declaration and other related offences filed against him in September 2015.

The date for the resumption of the trial has not yet been fixed.

Previous Ex-Priest Gets Life In Prison For Murder Of His Parishioner In 1960
Next Alleged N2bn Scam: Court Grants Oronsaye Leave to Travel