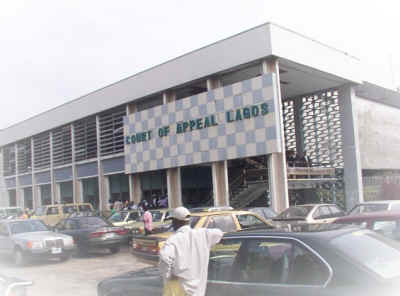 The Lagos division of Appeal Court has affirmed the power of Local Governments in Lagos State to generate revenue from private car parks and car lots within the State.

The Appellate Court, in a judgment on Wednesday, dismissed an appeal filed by a telecommunication firm, Airtel Network Limited against the judgment of Justice Y. O. Idowu of the Lagos High Court and affirmed that private parking lots are revenue sources for Local Governments in Lagos State.

The Appellate Court, in the appeal numbered CA/L/311/2013, specifically sustained the arguments of the Attorney General of Lagos State, Mr Adeniji Kazeem against Airtel’s appeal and held that the judgment of the Lagos High Court which had earlier dismissed the appellant’s (Airtel’s) Originating Summons of 2nd February, 2011, was in order.

According to the matter, the appellant (Airtel) operated a private parking lot within the jurisdiction of the 3rd Respondent (Eti-Osa Local Government) and contested that the latter was restricted in the collection of levies to public motor parks.

In its brief of argument, the appellant had distilled two issues for determination and these were whether by virtue of Section 7 of the 1999 Constitution of the Federal Republic of Nigeria and the Fourth Schedule thereof, the functions of the Local Government which includes establishment, maintenance and regulation of motor parks envisaged or relates to private car parks/car lots.

Airtel had further sought the court’s determination on whether the 3rd Respondent ( Eti-Osa Local Government) has power to enact its Parking and Control of Traffic Bye-Laws as a basis to impose a parking permit fee on the appellant.

In response, the Lagos State Attorney General represented by Akinkunmi Idowu, a Director in the State Ministry of Justice, had argued that the Lagos State House of Assembly enacted the Local Government (Administration) Law (as amended) pursuant to Section 7 of the Constitution and that the 3rd Respondent was given powers to make its own Bye-Laws.

In the relevant Bye-Law – the Eti-Osa Local Government Parking And Control Of Traffic Bye-Laws (N0.7) of 2002, Section 4(e) states that the Local Government shall issue permits on private parking development.

Also, Section 7 of the same Bye-Law, which is the interpretation Section of the Bye-Law, states that approved Car Park includes Motor Parks, private parking lots, or any other place so designated by the Local Government.

In view of the provisions, the Lagos Attorney General had submitted that “there is clear and unambiguous intendment of the legislature to include private parking lots within the purview of the affected areas subject to the law and it is settled law that where the words of a statute are plain and ambiguous, they must be given their plain meaning.”

After reviewing the arguments of both parties, the Appeal Court ruled that the Local Government functions were not exhaustive and do not fall outside the scope of Section 7(5) and Schedule 4 of the 1999 Constitution of the Federal Republic of Nigeria (as Amended), as the provisions were clear and not inconsistent.

The Court further held that it was unable to agree with the appellant that the 3rd Respondent does not have power to regulate/make law that relates to private parking since there is nothing in the Bye-Law that is inconsistent with Section 7 and Paragraph 1 of the Fourth Schedule to the Constitution.

“In view of the foregoing, this appeal is hereby dismissed and the decision of the lower court is affirmed,” the Court ruled.

Previous Man Sells His Wife And Daughter To Ritualists For N270K In Lagos
Next Armed Men Attack Army Formation In Warri, Kill One, Cart Away Weapons